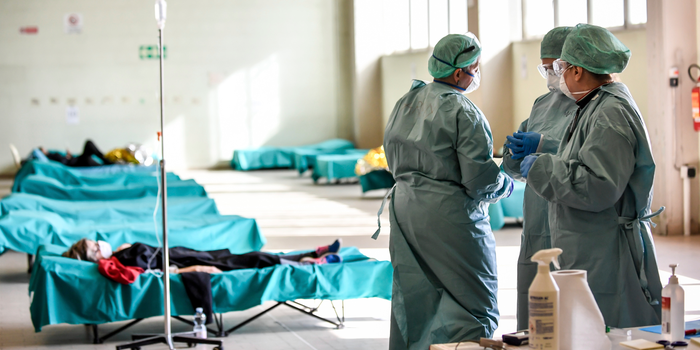 Italy's coronavirus death toll topped 100,000, the country's Ministry of Health said Monday. This is the latest tragic milestone for the first western nation hit hard by the pandemic, Xinhua reports.

With 100,103 total coronavirus-related deaths as of Monday, Italy became the second European country to surpass the 100,000 deaths figure after Britain, and the first in the European Union.

According to media reports, internationally, only five countries -- the United States, Brazil, Mexico, India and Britain -- have lost more lives to the pandemic.

The grim death toll figure was reached just three days after the country surpassed 3 million official cases of COVID-19, the disease caused by the coronavirus, and two days before the one-year anniversary of the date when Italy became the first country to issue a nationwide lockdown in an attempt to slow the spread of the virus.

As of Monday, at least 333 Italian doctors perished from COVID-19.

The northern regions of the country, where the outbreak in Italy began, remain the hardest hit -- especially, Lombardy, the region that includes the country's financial capital of Milan. Home to around one-sixth of Italy's population of more than 60 million, Lombardy accounts for around 21 percent of the country's total recorded infections and 29 percent of the deaths caused by the pandemic.