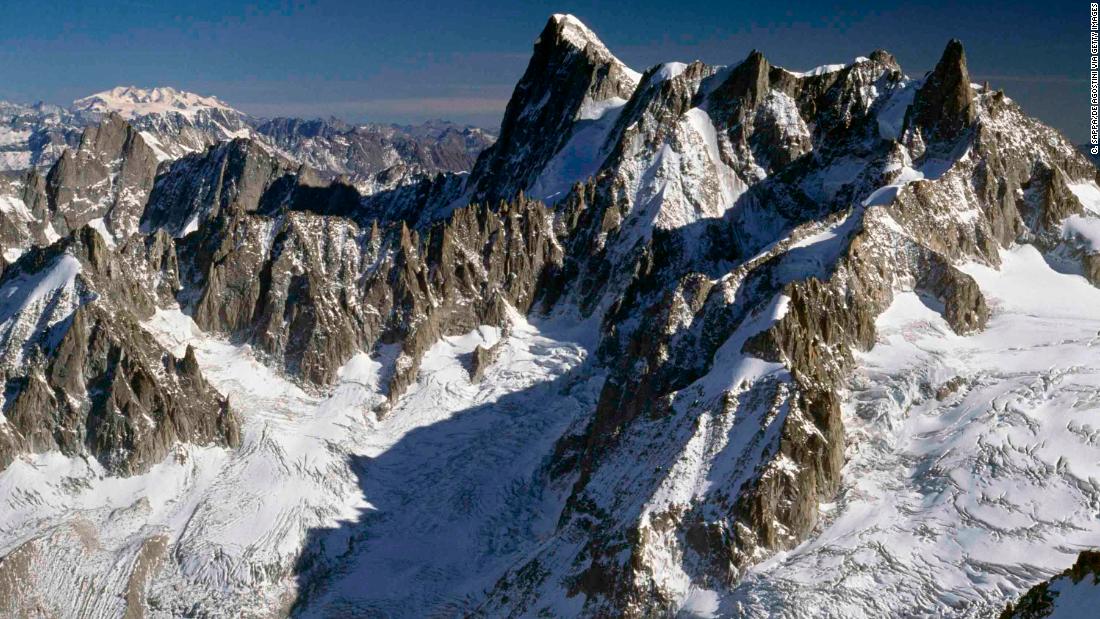 Several dozen people have been evacuated in northeastern Italy as a huge chunk of a glacier in the Mont Blanc massif threatens to break off due to high temperatures.

The block of ice estimated at about 500,000 cubic metres from the Planpincieux glacier risked falling and threatening homes in Courmayeur, a resort community in Italy's Aosta Valley region, near the French border.

Mayor Stefano Miserocchi on Wednesday ordered the evacuation of residents and tourists in the area at the foot of Mont Blanc, while closing roads leading to the Val Ferret valley below.

Evacuation and security operations were under way by law enforcement and civil protection forces on Thursday.

Last autumn, another section of ice from the Planpincieux glacier threatened to collapse, prompting road closures.

Mont Blanc is the highest mountain in the Alps at over 4,800 metres.