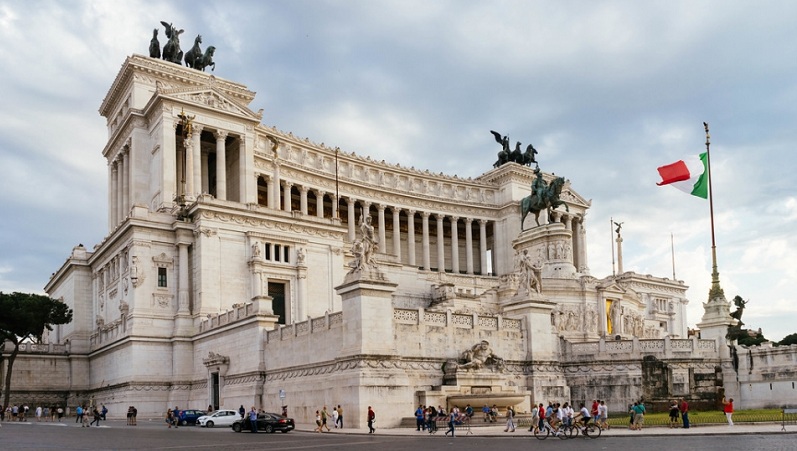 According to AzerTag, the statement of the Chairman of the Standing Committee on Foreign Relations of the Senate of the Italian Republic, Senator Vito Petrocelli says:

“On the threshold of Europe there is a threat of rekindling a very dangerous war: the Armenian-Azerbaijani Nagorno-Karabakh conflict, which led to the deaths of more than 30 thousand people in the early 1990s, as a result of which more than a million people became internally displaced persons. The violent clashes that took place yesterday with the use of artillery weapons are a gross violation of the ceasefire regime, achieved in 1994, and a serious obstacle to the restoration of negotiations that have already come to a standstill for some time. Official Baku informs about the military provocations of the Armenian side and states that official Yerevan has been creating obstacles to negotiations for a long time. I urge you to demonstrate respect for the ceasefire, the four resolutions adopted by the UN in 1993, supporting international law and the territorial integrity of Azerbaijan, requiring the withdrawal of Armenian troops from territories occupied by the Armenian armed forces. In order to prevent the situation from turning into a new hotbed of war, the international community should intervene in this problem as soon as possible. ”

The statement of the Chairman of Italian delegation under OSCE Parliamentary Assembly, Deputy Chairman of the Standing Committee on Foreign Affairs of the Chamber of Deputies, deputy Paolo Grimoldi notes:

“I regret to watch the news of the armed conflict in the Tovuz region, along the Armenian-Azerbaijani border in the north of the Nagorno-Karabakh region. It is important to recall that the Baku-Tbilisi-Ceyhan oil pipeline (the pipeline transporting oil to Italy) and the South Caucasus gas pipeline pass through the territory of Tovuz and the unstable situation will have a negative impact on Europe. Provocations and clashes are not a way to solve the problem. I hope for Italy’s efforts to return the parties under the auspices of the OSCE as soon as possible to the negotiating table, guided by the territorial integrity and inviolability of international borders of states, as well as by resolutions adopted by the UN Security Council in 1993. "

“We are watching with great concern the clashes that have occurred northwards along the Armenian-Azerbaijani border. We believe that armed clashes are not a way to solve the problem. Based on the territorial integrity and inviolability of international borders of states, as well as the resolutions adopted in 1993 by the UN Security Council, we reiterate the importance of resolving the conflict through dialogue. Thus, we appeal to the Italian government to encourage the parties under the auspices of the OSCE to the negotiation process in connection with the support and strengthening of the sovereignty, territorial integrity and inviolability of the internationally recognized borders of both sides. As a member of the OSCE Minsk Group, our country has always been a supporter of a political solution to the conflict. This position is also enshrined in the “Joint Declaration on Strengthening the Multidimensional Strategic Partnership between Azerbaijan and Italy” signed on February 20."