'It means the world': Families and friends reunite at UK's Heathrow 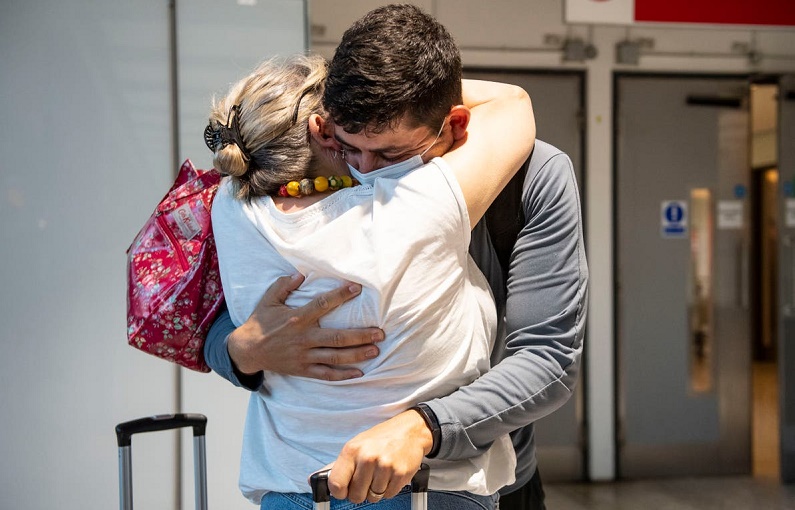 Families and friends were overjoyed at London's Heathrow Airport on Monday after a travel rule change meant they could reunite after 18 months of pandemic separation, Reuters reports.

"Very, very excited. It means the world," said Sue Blake, as she waited to greet her son, daughter-in-law and grandson who had flown in from New York and who she last saw two years ago.

"It's a big chunk of his life and I'm so thrilled for him that he can come here," she said of the eight-year-old.

Watching the hugs and tears in the arrivals hall, Heathrow's boss urged Britain to remove barriers to travel, not add to them, amid speculation that the government was poised to impose more rules.

Britain, where the death toll from the coronavirus pandemic has nearly reached 130,000, reopened its borders to large parts of the world on Monday, scrapping quarantine for fully vaccinated arrivals from the European Union, excluding France, and the United States.

The move was welcomed by families divided by the pandemic and airlines strained by it.

For travellers from Britain's closest neighbour France, who must still quarantine on arrival in Britain due to London's concerns over COVID-19, the opening up for other countries stung.

Britain has one of the fastest vaccination programmes in the world but the government has prevented the travel industry from bouncing back because of its maze of rules and track record for making last-minute changes.