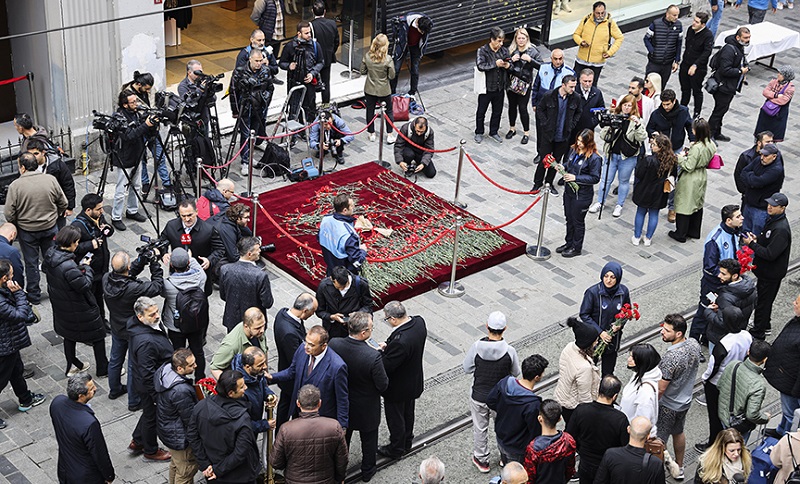 A sense of calm returned to Istiklal Avenue at the heart of Istanbul on Monday, after Sunday's deadly terrorist attack that killed six people, News.Az reports citing Daily Sabah.

The busy shopping street, which was shut down amid the heavy presence of security forces in the aftermath of the attack, was reopened for pedestrians on Monday morning, as municipal crews cleaned up the street. Crews also removed benches across the avenue, where the prime suspect in the bombing claimed to be sitting.

People visited the exact spot of the blast, cordoned off after the attack, and left carnations in memory of the victims.

The district governor and mayor of Beyoğlu, where the attack took place, were among them. Governor Mustafa Demirelli told reporters that they left flowers both to remember the victims and give "a message that Istiklal is back to its lively days." "I believe strong solidarity will help us heal our wounds and overcome difficult times. This is an attack on our stability, unity and togetherness," Mayor Haydar Ali Yıldız told reporters.