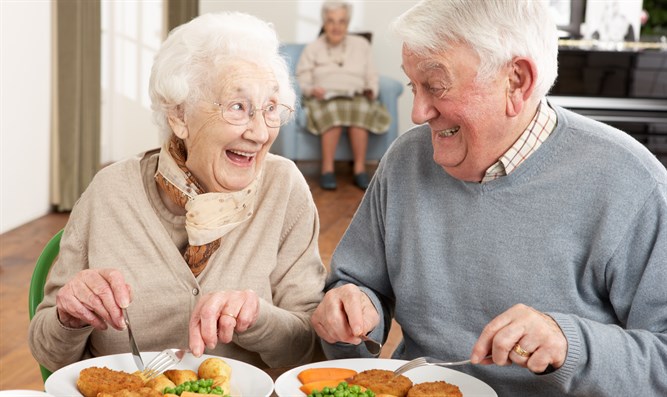 Happiness might lead to better health and helps you live longer, researchers at the Hebrew University of Jerusalem have found in a longitudinal study they began back in the 1990s, according to TPS.

They looked at the impact of optimism on longevity and found that maintaining a positive outlook can directly extend your life. Professor Jochanan Stessman, Director of HU’s Institute on Aging led the study, along with HU’s Prof. Jeremy Jacobs and Dr. Yoram Maaravi.

The data is based on HU’s “Jerusalem Longitudinal Study,” a long-term study that followed 1,200 elderly Jerusalemites who were born in 1920 or 1921 and analyzed their health, ability to function, economic wellbeing, social skills, anxiety level, integrity and optimism.

Optimism was measured through questions about participants’ positive experiences and expectations for the future.

“Our findings indicate that optimism has an impact on survival, whereas other studies have shown that it improves health-related functions, such as our immune systems, reducing risk factors for high blood pressure and cardiac issues, and maybe even cancer,” said Maaravi.

In addition to the one-on-one interviews, the researchers looked at participants’ medical and, later, death records and factored in parameters such as gender, economic status, marital and parental status, education levels, physical and social activity.

Once they had all the data, the team determined that there was a correlation between a positive outlook and a longer life, and found clear evidence that elderly participants aged 85-90 with a high optimism score had a 20% higher rate of survival than those who were less optimistic.

This number jumped to 25% in the 90+ age bracket. The study also found that men, in general, were more optimistic than women were.

In countries with large, aging populations, a better understanding of those factors that contribute to a long, healthy life is crucial.

“Optimism doesn’t have to be viewed as a trait we’re born with, but one that we can develop,” shared Maaravi. “It’s important to think of ways to increase optimism because it’s more clear than ever that it can help people at all stages of their lives.”