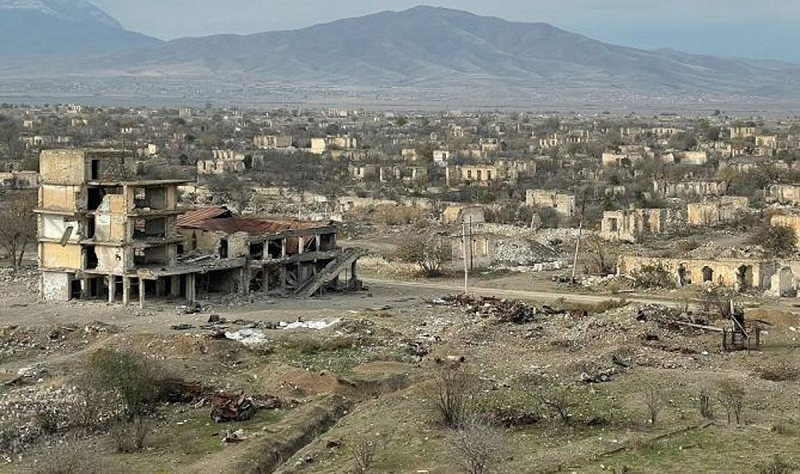 Ashkenazi made the remarks during an online meeting with Azerbaijani Minister of Economy Mikayil Jabbarov, the Ministry of Economy reports.

During the meeting, Jabbarov stressed the high level of political and economic relations between Azerbaijan and Israel, expressed gratitude for the support of the just cause of Azerbaijan in the 44-day Second Karabakh War and humanitarian efforts.

The parties noted that about 90 Israeli companies are successfully operating in various spheres of the Azerbaijani economy, and stressed the importance of the work of the Joint Azerbaijan-Israel Intergovernmental Commission and the Israel-Azerbaijan Chamber of Commerce and Industry in the development of economic ties and the implementation of projects.

The Israeli FM noted the importance of expanding ties between the two countries, saying that Israeli companies are interested in participating in the restoration of the liberated territories of Azerbaijan.

The second meeting of the Azerbaijan-Israel Joint Intergovernmental Commission was also held.

At the meeting, which was attended by representatives of the relevant state structures of both sides, the Co-chairman of the intergovernmental commission, Minister of Economy Mikayil Jabbarov stressed that the great economic potential of the countries creates a solid foundation for the development of cooperation.

Having said that Israel is one of the main trade partners of Azerbaijan, Jabbarov especially noted that it is planned to open trade and tourism offices of Azerbaijan in Israel in the near future.

Minister Jabbarov also informed about the National Priorities for the socio-economic development of Azerbaijan until 2030, saying that the task has been set to turn the country into a space of modern innovations.

In the course of the meeting, the minister also added that the introduction of ‘smart technologies’ will contribute to the restoration of the liberated territories and the Great Return to Karabakh.

The minister invited Israeli businessmen to invest in the created industrial zones, to participate in projects implemented within the framework of partnerships between the public and private sectors.

Co-chairman of the intergovernmental commission Gabi Ashkenazi said that Israel attaches importance to cooperation with Azerbaijan, and cooperation in political, economic and humanitarian spheres between the two countries will continue.

At the end of the meeting, a Protocol on the results of the meeting of the intergovernmental commission, providing for the expansion of cooperation in the energy, trade, investment, agricultural, tourism, scientific, cultural spheres, as well as in the spheres of health care, digitalization, food safety, standardization, water management, education, and etc., was signed.