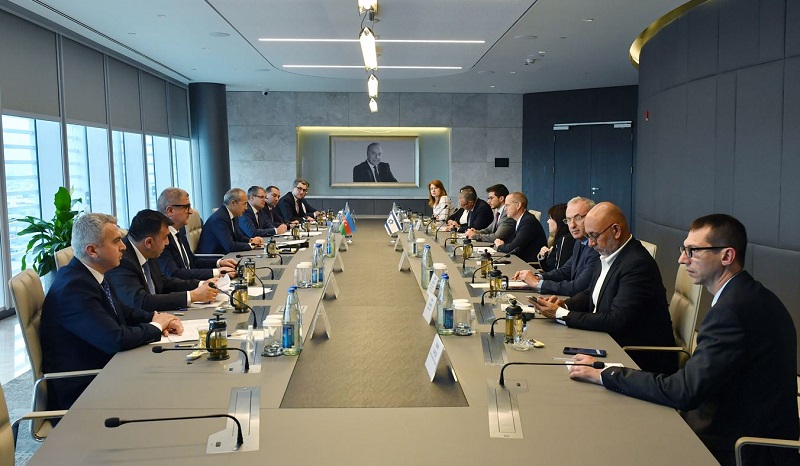 Israeli companies are interested in participating in the restoration projects launched in the liberated Azerbaijani territories, said Israel’s Minister of Agriculture and Rural Development Oded Forer.

He made the remarks at a meeting with Azerbaijan’s Minister of Economy Mikayil Jabbarov in Baku, the Ministry of Economy told News.Az.

The Israeli minister noted that his country attaches great importance to the development of economic cooperation with Azerbaijan.

Minister Jabbarov, in turn, informed Forer of the favorable business environment and investment climate in Azerbaijan, the economic potential of the liberated territories. He emphasized the opportunities for enhancing cooperation and invited Israeli companies to an active partnership.

The sides also explored ways of developing cooperation in various economic sectors, as well as in food security, water management, and agriculture.