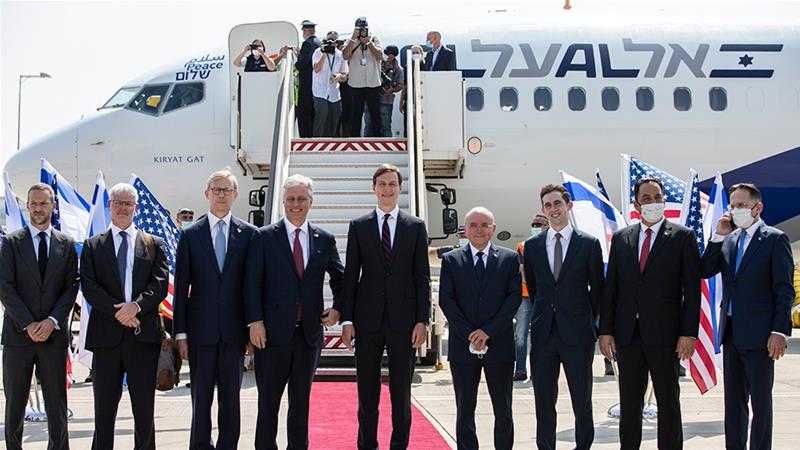 US President Donald Trump will hold a September 15 signing ceremony for the Middle East agreement normalizing relations between Israel and the United Arab Emirates, according to reports citing senior US officials.

Netanyahu confirmed his participation on Twitter, with the Israeli leader saying he is "proud to leave for Washington next week at the invitation of President Trump and to participate in the historic ceremony at the White House on the establishment of a peace agreement between Israel and the United Arab Emirates".

The officials, who were not authorized to discuss the matter publicly and spoke on condition of anonymity, said the ceremony would either be on the South Lawn, the Rose Garden, or inside depending on the weather.

As part of the deal, announced at the White House on August 13 following what officials said were 18 months of talks, the Gulf state agreed to normal relations with Israel, while Israel agreed to continue with plans to suspend its annexation of parts of the occupied West Bank.

The deal has come under fire from Palestinians and their regional allies, who claim it endangers the Palestinian position in stalled negotiations that are meant to lead to an independent state for the occupied people.

The August 13 announcement has been followed by the first direct commercial flight between the countries, the establishment of telephone links, and commitments to cooperate in numerous areas. Jared Kushner, Trump's senior adviser, and son-in-law was onboard the flight.

The UAE has also ended its boycott of Israel, which allows trade and commerce between the oil-rich Emirates and Israel, home to a thriving diamond trade, pharmaceutical companies, and technology start-ups.