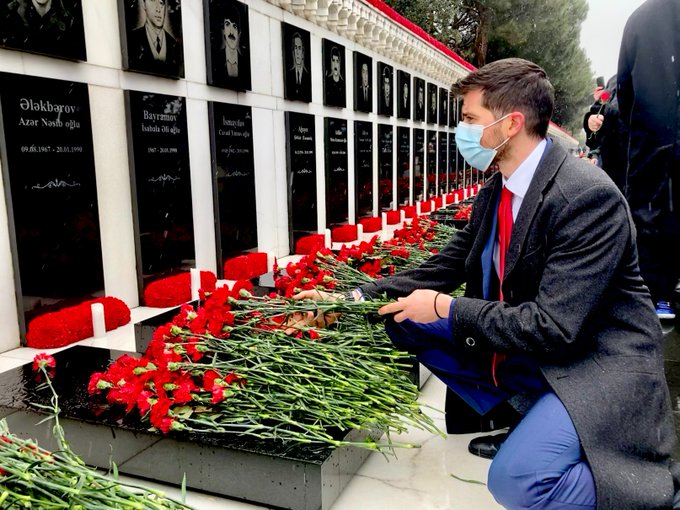 Israel stands with Azerbaijan in honoring the victims of the Black January tragedy, Israeli Ambassador to Baku George Deek tweeted.

“Today I came to the Alley of Martyrs, on behalf of the state of Israel, to honor the memory of those who fell for the freedom of Azerbaijan. All sacrificed some, but some sacrificed all. We stand with Azerbaijan in honoring the victims of Black January,” the diplomat wrote.

The ambassador tweeted that it was inspiring to see many Azerbaijanis – men, women, children – coming out in the cold weather, to pay tribute to the tragedy victims. “The spirit of unity and respect of this nation is evident in the honor it shows to its victims.” 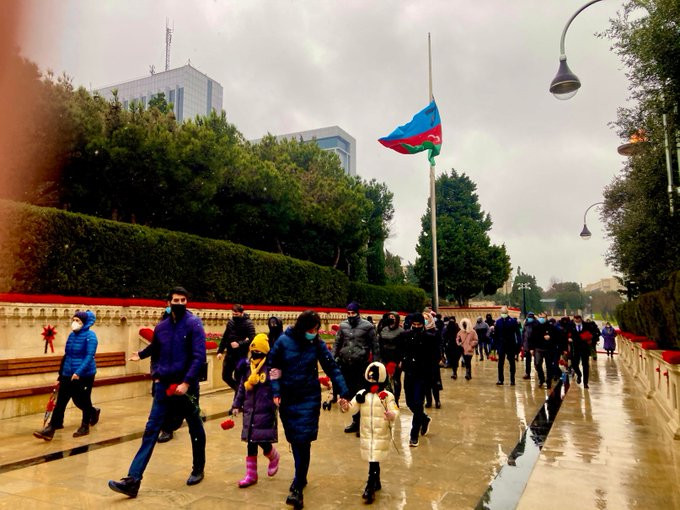