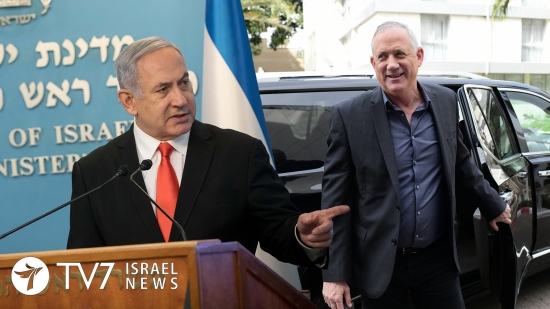 Israel's parliament was set to vote Wednesday on laws approving a coalition deal between Prime Minister Benjamin Netanyahu and his rival-turned-ally Benny Gantz, ahead of a deadline to avoid yet another election, AFP reported.

The alliance formed last month between the right-wing incumbent and his centrist challenger followed three inconclusive elections in less than a year.

Under the three-year deal, Netanyahu will serve as prime minister for 18 months, with Gantz as his alternate, a new position in Israeli governance.

They will swap roles midway through the deal, while cabinet positions will be split between Netanyahu's Likud party and Gantz's Blue and White Alliance, as well as their respective allies.

The deal could offer Israel a rare period of political stability as it seeks to repair the economic damage wrought by the novel coronavirus, which has infected more than 16,000 people in the country.

But the pact's opponents have sought to torpedo it in the Supreme Court and in parliament.