Is Armenia about to become part of Russia so it doesn’t get betrayed again? 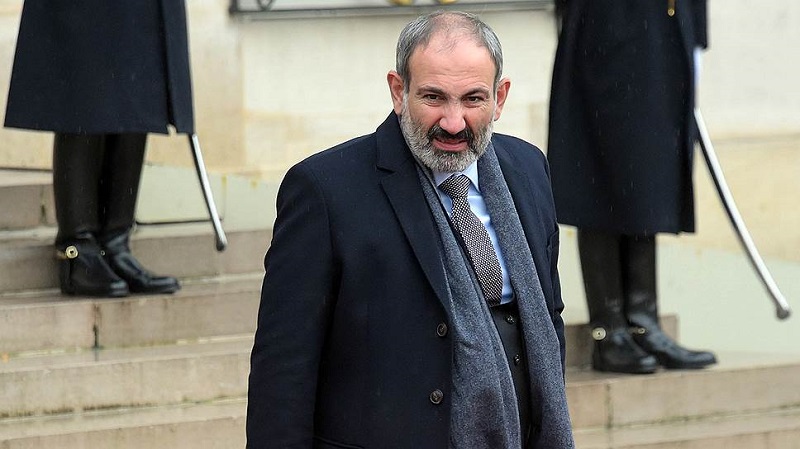 "Eureporter" media portal has published an article titled "Is Armenia about to become part of Russia so it doesn’t get betrayed again?".

There is now peace in Nagorno-Karabakh. Can either of the warring sides be considered a victor – most certainly not. But if we look at controlled territories before and after the conflict, there is clear a loser – Armenia. This is also confirmed by the dissatisfaction expressed by the Armenian people. However, objectively speaking the peace deal can be considered Armenia’s “success” story.

No one, especially Armenia and Azerbaijan, believes that the situation in Nagorno-Karabakh has been resolved completely and forever. Therefore, it’s no surprise that Armenian Prime Minister Nikol Pashinyan has invited Russia to expand military co-operation. “We hope to expand not only security cooperation, but military-technical cooperation as well. Times were difficult before the war, and now the situation is even more severe,” Pashinyan told the press after meeting with Russian Minister of Defense Sergey Shoygu in Yerevan.

Pashinyan’s words made me think. Russia and Armenia are already cooperating on multiple platforms. We should remember that after the collapse of the USSR Armenia became the only post-Soviet country – Russia’s only ally in Transcaucasia. And for Armenia, Russia is not merely a partner, because Armenia sees Russia as its strategic ally that has significantly helped Armenia on numerous economic and security matters.

This co-operation has also been established officially on the highest level, i.e. in the form of the CSTO and CIS. More than 250 bilateral agreements have been signed between both countries, including the Treaty on Friendship, Co-operation and Mutual Assistance. This poses a logical question – how do you strengthen something that has already been established on the highest level?

Reading between the lines of Pashinyan’s statements, it’s clear that Armenia wants to prepare its revenge and requires additional support from Russia. One of the ways of strengthening military co-operation is to purchase armaments from one another. Russia has always been the largest provider of weapons for Armenia. Moreover, in 2020 Pashinyan criticized former president Serzh Sargsyan for spending $42 million on metal scraps, instead of weapons and equipment. This means that the Armenian people have already witnessed their “strategic ally” betray them regarding armaments deliveries and participation in different organizations.

If Armenia was already doing worse than Azerbaijan before the conflict, it would be unreasonable to assume that Armenia will now become richer are able to afford better armaments.

If we compare their armed forces, Azerbaijan has always had more weapons. What concerns the quality of these weapons, Azerbaijan is again a few steps ahead of Armenia. Additionally, Azerbaijan also has equipment produced by countries other than Russia.

Therefore, it’s unlikely that Armenia will be able to afford enough modern weapons in the next decade to stand against Azerbaijan, which will also likely continue modernizing its armed forces.

Equipment and weapons are important, but human resources are what really matters. Armenia has a population of roughly three million, while Azerbaijan is home to ten million people. If we look at how many of them are fit for military service, the numbers are 1.4 million for Armenia and 3.8 million for Azerbaijan. There are 45,000 soldiers in the Armenian Armed Forces and 131,000 in the Azerbaijani Armed Forces. What concerns the number of reservists, Armenia has 200,000 of them and Azerbaijan has 850,000.

This means that even if something miraculous happens and Armenia acquires a sufficient amount of modern equipment, it still has fewer people. If only…

Let’s talk about the “if only”.

What does Pashinyan mean by saying: “We hope to expand not only security cooperation, but military-technical cooperation as well?” As we know, Armenia doesn’t have the money to purchase any armaments. Moreover, all the previous forms of cooperation and integration have been insufficient for Russia to really wish to solve Armenia’s problems.

The recent events prove that Armenia gains nothing from being a part of the CSTO or the CIS. From this point of view, Armenia’s only solution is tighter integration with Russia so that the armed forces of Armenia and Russia are a single entity. This would be possible only if Armenia were to become Russia’s subject, or if they decide to establish a union state.

In order to establish a union state, the position of Belarus must be taken into account. After the recent events, Lukashenko has most likely agreed with all of Putin’s demands. Armenia’s geographic location would benefit Moscow, and we know that if there’s another country between two parts of Russia, it’s only a matter of time until this country loses its independence. This, of course, doesn’t concern countries that join NATO.

It’s difficult to predict how Armenians would welcome such a turn of events. They would surely be happy to defeat Azerbaijan and regain Nagorno-Karabakh, but would they be happy if Armenia returned to the Kremlin’s gentle embrace? One thing is certain – if this happens, Georgia and Azerbaijan must strengthen their armed forces and consider joining NATO.