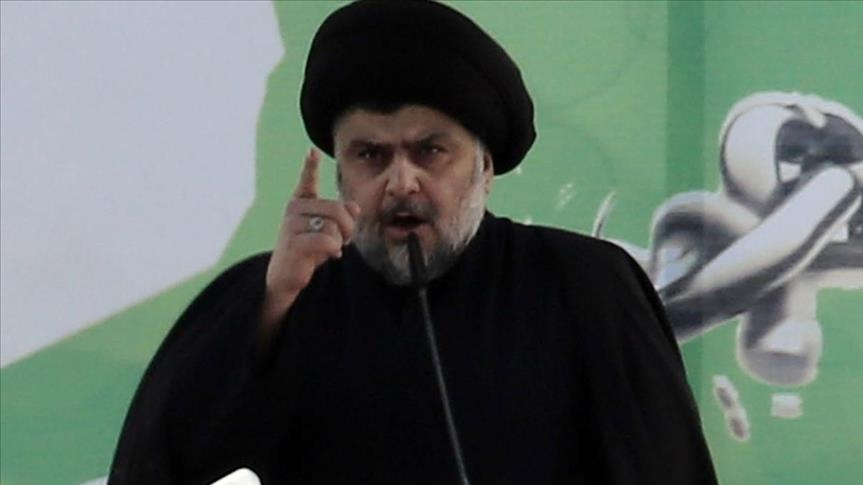 "We have been pleased with recent positive developments in Saudi-Iraq relations,” al-Sadr declared in a statement released by his office on Monday.

“We hope this is the beginning of a de-escalation of sectarian tensions in the Arab and Muslim region," he added.

“But some countries of the region, where the media has served to aggravate tensions, oppose this budding rapprochement,” al-Sadr said.

He added: “The only victims of these [sectarian] tensions are the people of Syria, Yemen, Bahrain, Pakistan, Afghanistan, Burma, Iran, Saudi Arabia and others."

Referring to the U.S., the U.K. and Israel, al-Sadr continued: "Instead of fighting the triad of evil and its Daesh terrorist branch… they [Muslim states] are fighting each other and focusing their aggression on their own people.”

The firebrand Shia cleric went on to urge Iran and Saudi Arabia “to exercise restraint, refrain from escalations, and allow the people to decide their own fate".

He further called on Tehran and Riyadh to “care for their peoples -- regardless of religion, sect or ethnicity -- and engage in serious dialogue with a view to restoring regional peace and security".

Tension has mounted between the Gulf States and Iran since Riyadh severed diplomatic ties with Tehran early last year after two Saudi diplomatic missions in Iran were attacked by Iranian protesters following the execution of a prominent Shia cleric by the Saudi authorities.

Saudi Arabia and its Gulf allies also accuse Tehran of supporting the Shia Houthi militia group in Yemen, which overran much of that country in 2014.

The six-year conflict in Syria -- in which Iran and the Gulf States support opposing sides -- has also contributed to the deterioration of Gulf-Iran relations.