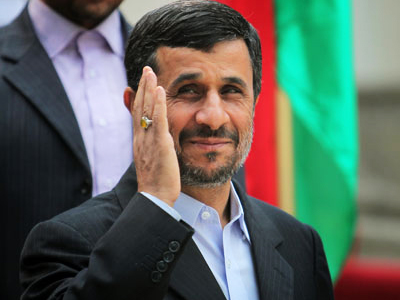 Former Iranian president Mahmoud Ahmadinejad is said by many in the country to be pursuing a plan to rise to power again, however this time indirectly.

In 2016, Ahmadinejad was banned by Supreme Leader Ayatollah Ali Khamenei from running for president this year. The presidential election is going to be held May 19, Trend reports.

However, the former president is now backing his former office chief Hamid Baqaee, who has said he will use Ahmadinejad "in the highest capacity" if he is made president.

The issue has met mixed reactions especially from right-wing parties, which backed Ahmadinejad up to power in 2005 and helped sustain his office in 2009.

Alaeddin Boroujerdi, chairman of the Parliament's National Security and Foreign Policy Commission, has said that the Ahmadinejad-backed candidate would not draw considerable votes, but stressed, however, that for Baqaee to run will add much to the fervor of the electoral campaigns.

In the meantime, Nasser Imani, another conservative figure, has said Ahmadinejad's support for Baqaee is "stark contradiction of the Leader's advice".

In the meantime, it is a surprise that neither the moderate President Hassan Rouhani, nor the reform-minded parties have commented on Ahmadinejad's tacit campaign. Rouhani is going to run for a second term this year.