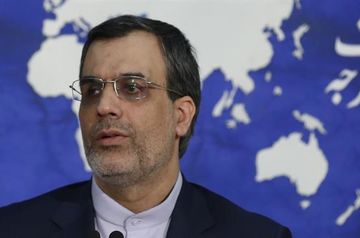 He is expected to hold talks with a number of Turkish officials on the latest developments in the region and the Syria peace process, the Mehr news agency reported.

Ansari’s visit to Turkey comes immediately on the heels of his visit to Moscow, during which he conferred with Russian Deputy Minister of Defense Alexander Fomin on the latest political efforts to resolve Syria crisis.

The next round of expert consultations on the Syrian peace process, within the framework of Astana talks, is scheduled for next week in Tehran.