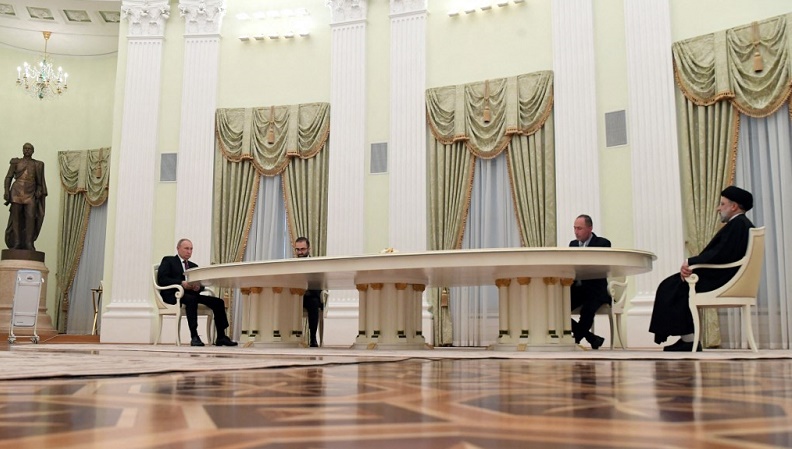 Iranian President Ebrahim Raisi who has been invited by Russian President Vladimir Putin to have an official visit to Russia met and held talks with his Russian counterpart, IRNA reports.

He will also have meetings with Iranians residing in Russia, Shia and Sunni scholars, and Russian businesspeople.