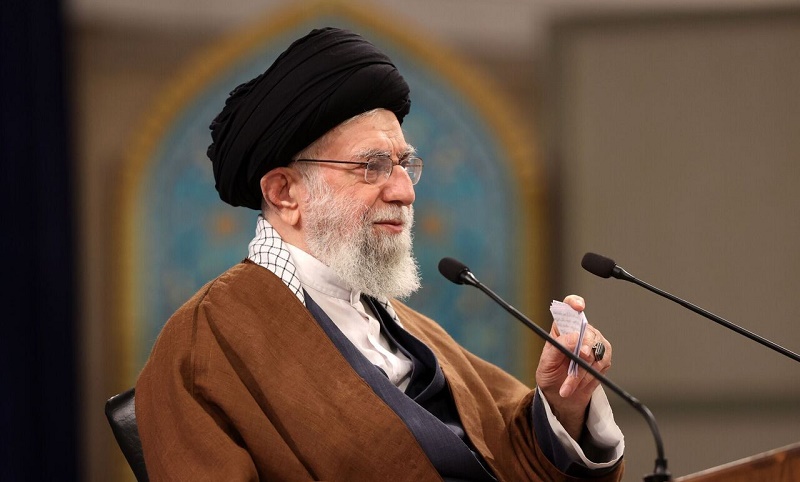 Iran's Supreme Leader Ayatollah Seyyed Ali Khamenei said Thursday that the Islamic republic is looking for "peaceful" use of nuclear energy, and "not for nuclear weapons."

Although the Iranians' "enemy" knows that Iran's nuclear program is "peaceful," it does not want the Iranian nation to achieve this great progress, Khamenei made the remarks in a televised speech, News.Az reports citing Xinhua.

"If today we do not think about the issues like educating scientists, procreation, or nuclear energy, we will have problems tomorrow," he said.

He said all sides of the Joint Comprehensive Plan of Action (JCPOA) should have considered "points that would not cause problems later, but some of these points were ignored and problems that we see (today) arose."

The Iranian leader did not elaborate on his "points" that needed to be considered in the clinch of the 2015 nuclear deal.

Iran signed the JCPOA with world powers in July 2015. However, former U.S. President Donald Trump pulled Washington out of the agreement in May 2018 and reimposed unilateral sanctions on Iran, which prompted the latter to drop some of its nuclear commitments one year later and advance its halted nuclear programs.

Since April 2021, eight rounds of talks have been held in Austria's capital Vienna between Iran and the remaining JCPOA parties, namely Britain, China, France, Russia plus Germany, with the United States indirectly involved in the talks, to revive the landmark deal.

Iran's chief nuclear negotiator Ali Bagheri Kani said on Wednesday that the JCPOA countries are now closer to an agreement than any time before.

He wrote on Twitter that "after weeks of intensive talks, we are closer than ever to an agreement; nothing is agreed until everything is agreed, though."