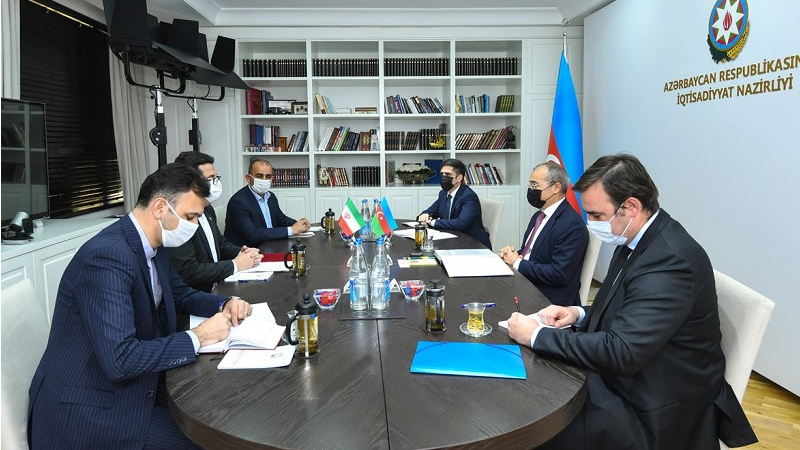 During the meeting, Jabbarov reminded that over the past seven years, the heads of Azerbaijan and Iran held 13 meetings, making important decisions.

He noted the development of bilateral partnerships in various spheres of the economy, adding that the number of Iranian companies is growing in the country, mutual investment cooperation is being carried out, and joint projects are being implemented.

The minister informed the ambassador about the aggressive policy of Armenia against Azerbaijan and the latest provocations, terror, and war crimes of the Armenian armed forces by launching missile strikes on the civilian population and civilian facilities of Azerbaijan, about the counter-offensive operation that Azerbaijan is conducting on its territory within international law to ensure the safety of its citizens and liberation of the occupied lands of the country.

Bayramov also noted Iran's support for resolving the conflict with respect for the sovereignty and restoration of the territorial integrity of Azerbaijan.

In turn, the Iranian ambassador stressed that his country fully supports the territorial integrity of Azerbaijan, the country's fair position on the conflict, and condemns separatism.

Mousavi noted that Iran is interested in constructive work in the border territories of Azerbaijan, liberated from occupation, adding that the joint implementation of projects related to the Khudafarin and Gyz Galasy hydroelectric complexes on the Araz River will further deepen bilateral economic cooperation.

During the meeting, the development of cooperation in the spheres of industry, agriculture, transport, logistics, investments, small and medium-sized businesses, trade, tourism, and other issues of mutual interest was also discussed.