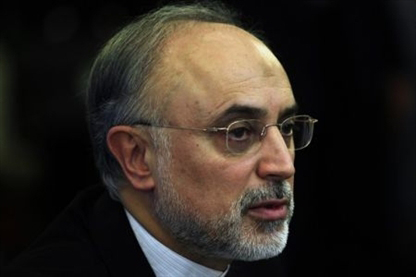 Iran has been denied fiber carbon that it had ordered for use in its nuclear industry, Head of Atomic Energy Organization of Iran Ali Akbar Salehi has told Fars news agency February 6.

He did not directly comment why the supplier has denied Iran’s request, but said, “We did not accept their conditions. Whenever they give us carbon fibers, we will put aside our own carbon fibers.”

The Institute for Science and International Security reported last July that the AEOI had made an attempt to purchase tons of controlled carbon fiber from a country.

This attempt, the institute said, occurred after Implementation Day of the Joint Comprehensive Plan of Action (JCPOA). The attempt to acquire carbon fiber was denied by the supplier and its government.

Carbon fiber is usually used in combination with other materials to form a composite. The properties of carbon fiber, such as high stiffness, high tensile strength, low weight, high chemical resistance, high temperature tolerance, and low thermal expansion makes them one of the most popular material in civil engineering possessing strength up to five times that of steel and being one-third its weight.

Carbon fibers that are only one-tenth the size of a human hair, but three times stronger than steel, may hold up to the intense heat and radiation of next generation nuclear power generators, providing a safety mechanism.

In the military industry, carbon fiber is used for armoring, bullet-proofing, and providing non-flammable roof- or side-protection for land-, air- or sea-systems. It offers protection against heat or open fire less weight in addition with maximum stiffness. Applications also include drones development.