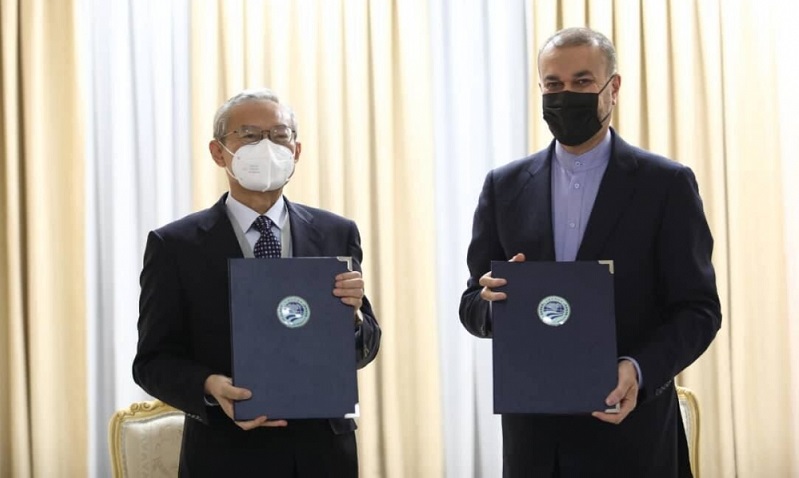 Foreign Minister Hossein Amir-Abdollahian announced in a Twitter post late Wednesday that he signed the document for his country’s full membership in the organization ahead of the SCO summit in Uzbekistan, which begins Thursday.

He hastened to add that the organization's secretary general "congratulated" Iran for its permanent accession and called it an "important development.”

The Eurasian political, economic and security alliance was founded by China, Russia, Uzbekistan, Kazakhstan, Kyrgyzstan and Tajikistan in 2001 and is recognized as the world's largest regional organization, with eight members and four observer states.

Iran acquired observer status in the organization in June 2005.

Its permanent membership in the powerful organization was approved in September last year during the summit in Tajikistan after a wait of almost 15 years.