Iran deal talks are adjourned until next week — EU 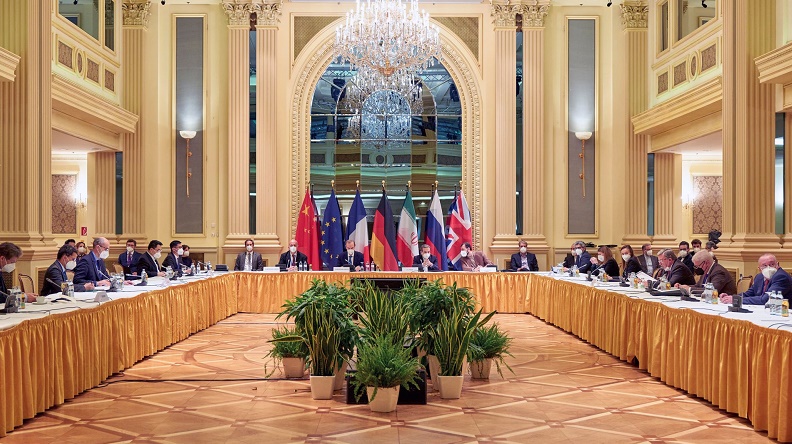 The eighth round of talks on the Joint Comprehensive Plan of Action for the Iranian nuclear program in Vienna has been adjourned until next week, the European Union External Action Service said in a statement on Friday, News.Az reports citing TASS.

"Participants will go back to capitals for consultations with their respective governments," the statement said. "The talks will reconvene next week."

"Participants will continue the discussions on the prospect of a possible return of the United States to the JCPOA and how to ensure the full and effective implementation of the agreement by all sides," the statement said.

The eighth round of talks, which seek to restore the JCPOA in its original form and bring the US back into the agreement, resumed in Vienna on December 27. The negotiators include representatives of Iran and five world powers: Russia, the UK, Germany, China and France. The European Union External Action Service acts as a coordinator of the talks.