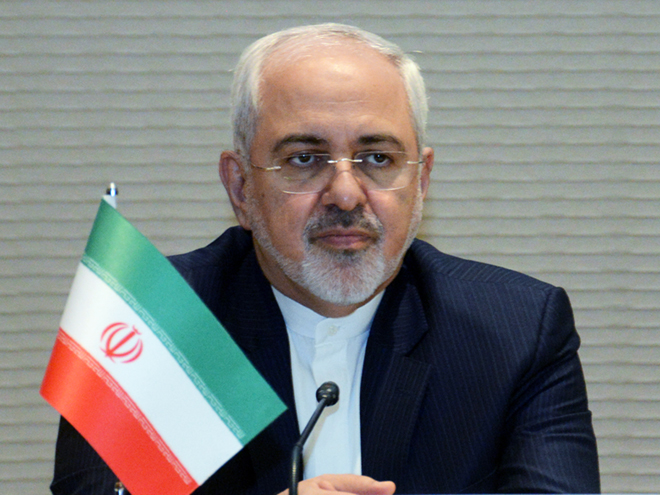 Iranian Foreign Minister Mohammad Javad Zarif says the Islamic Republic has completely kept to the commitments it made under the landmark nuclear agreement signed between Tehran and the P5+1 group of countries in 2015, PressTV reported.

“Iran – unlike the US – has complied in good faith with the letter and spirit of the JCPOA (nuclear deal, known as the Joint Comprehensive Plan of Action),” Zarif said on his official Twitter account on Friday.

He added that the US rhetoric and actions, however, show its “bad faith.”

He noted that “every word” of the deal has been carefully negotiated, adding, “Iran does not develop missiles that are designed to be capable of delivering nuclear weapons.”

The top Iranian diplomat emphasized that Iran has never been and would not be developing nuclear weapons, saying, “So, by definition cannot develop anything designed to be capable of delivering them.”
Iran’s Imam Khomeini Space Center on Thursday successfully launched its domestically-manufactured Simorgh carrier, whose mission is to put Iranian satellites into the orbit.

Simorgh satellite carrier is able to put satellites weighing as much as 250 kilograms at an orbit about 500 kilometers above the Earth’s surface.

She called Iran's rocket launch a "provocative action" that violated the "spirit" of the JCPOA.

ran has repeatedly announced that its missile launches are not against the Security Council Resolution 2231 that endorsed the JCPOA.
Under the agreement, Iran undertook to put limitations on its nuclear program in exchange for the removal of nuclear-related bans imposed against Tehran.

Resolution 2231 (2015) provides for the termination of the provisions of previous Security Council resolutions on the Iranian nuclear program, and calls on Iran not to undertake any activity related to ballistic missiles designed to be capable of delivering nuclear weapons, including launches using such ballistic missile technology.