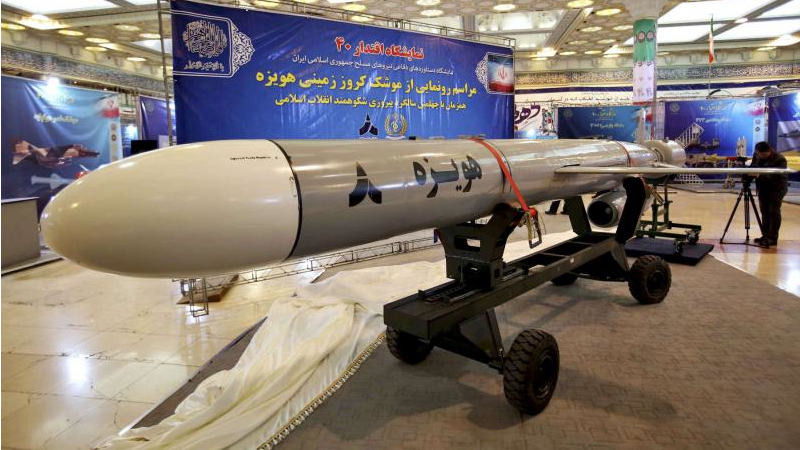 Iran unveiled a surface-to-surface ballistic missile that Defence Minister Amir Hatami said had a range of 1,400 kilometres and a new cruise missile on Thursday, ignoring U.S. demands that Tehran halt its missile programme, according to Reuters.

Pictures of the missiles were shown on state TV.

Soleimani, head of Iran’s elite Quds Force, and Iraqi militia commander Abu Mahdi al-Muhandis were killed in January in a U.S. strike on their convoy in Baghdad airport.

The announcement comes as the United States is pushing to extend a U.N.-imposed arms embargo against Iran, which is due to expire in October under Tehran’s 2015 nuclear deal with world powers.

Tensions have been high between Tehran and Washington since 2018, when President Donald Trump pulled out the United States from the deal and reimposed crippling sanctions on Iran.