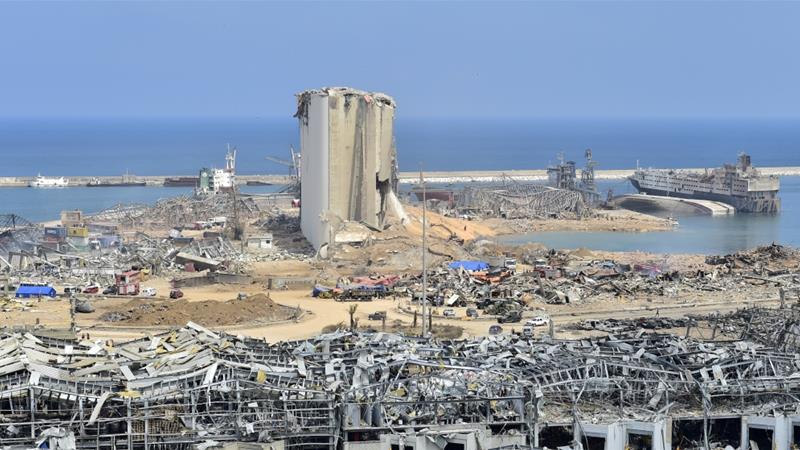 The international community on Sunday pledged timely and sufficient aid, well-coordinated under the leadership of the United Nations (UN), to assist the Lebanese people hit by the massive explosions at the Beirut port five days ago, according to Xinhua.

After a UN-backed virtual conference, hosted by French President Emmanuel Macron, representatives from Britain, Qatar, the United States, the European Union, China, the World Bank and others issued a joint statement pledging solidarity with and support to the Lebanese people.

"The participants agreed that their assistance should be timely, sufficient and consistent with the needs of the Lebanese people, well-coordinated under the leadership of the United Nations, and directly delivered to the Lebanese population, with utmost efficiency and transparency," said the statement.

To help Lebanon overcome the tragedy and recover better, "we will need all hands on deck," UN Deputy Secretary-General Amina Mohammed told the conference.

"I give my pledge that the United Nations is committed to helping the people of Lebanon in every way we can," she said.

"The earthquake struck us while we are in the midst of economic and financial crisis, in addition to the existence of over 1 million refugees in Lebanon and the repercussions of COVID-19. Dealing with all these is way beyond the capacity of Lebanon," Aoun noted.

The total figure of "emergency aid pledged or that can be mobilized quickly" amounts over 252 million euros (297.08 million U.S. dollars), said the French presidency.

"We are sending a clear message: we, the global community, Lebanon's closest friends and partners, will not let the Lebanese people down," Macron tweeted.