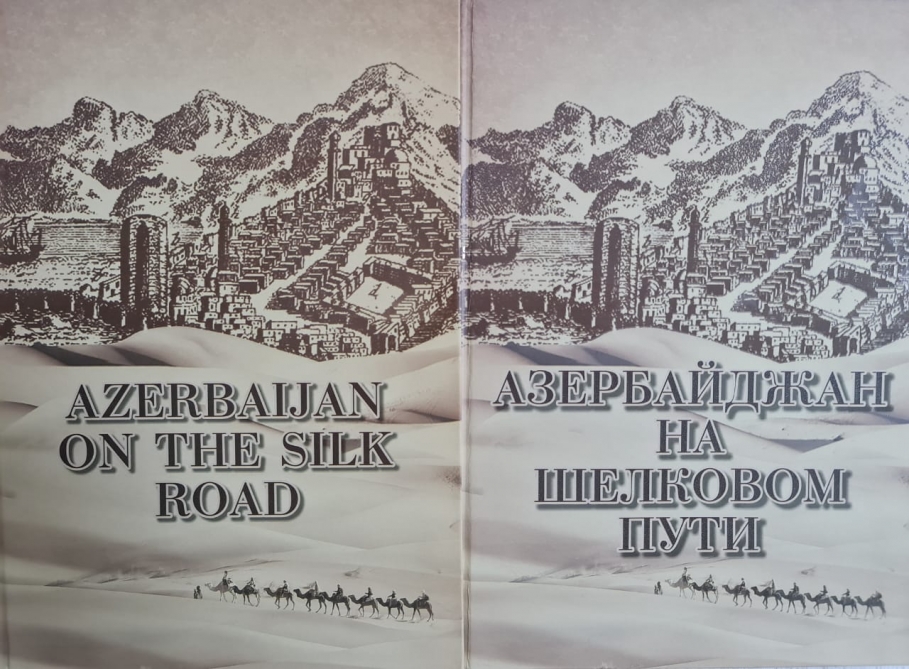 A monograph entitled “Azerbaijan on the Silk Road” was published in English and Russian on the initiative and with the support of the International Turkic Culture and Heritage Foundation,. The publication of the book is the first part of the large-scale international project "Turkic-speaking States on the Great Silk Road" implemented by the Foundation.

The book is the first generalizing academic publication on the study of the history of Azerbaijan on the Great Silk Road from ancient times to the late Middle Ages. The scientists conducted research on the impact of international land and sea trade routes passing through the territory of Azerbaijan on the political, economic and cultural development of the country in the 2nd century BC. - 16th century AD, that is, in a period of almost 1700 years of history, as well as the role of Azerbaijan in the global cultural exchange along the Silk Road. The work is compiled on the basis of numerous historical, archaeological and written sources in different languages.

The author of the idea and the foreword to the book is the president of the International Turkic Culture and Heritage Foundation Gunay Afandiyeva. The book under the guidance of Doctor of Historical Sciences, Professor, full member of the National Academy of Sciences of Azerbaijan Shahin Mustafayev was prepared with the participation of Doctor of Philosophy in History Farda Asadov, Doctor of Architecture, Professor, full member of the International Academy of Architecture of the Countries of the East, corresponding member of ANAS Jafar Giyasi, Doctor of Philosophy in History, Associate Professor Goshgar Goshgarli and Azerbaijani scientist-archaeologist, Doctor of Historical Sciences Tarikh Dostiyev.

It is currently planned to publish the book in Azerbaijani.