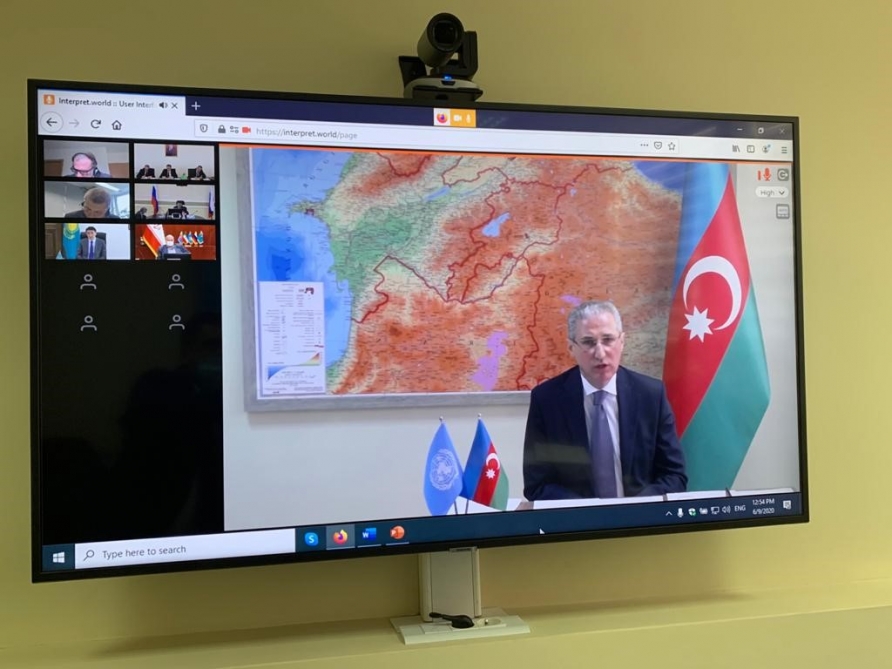 The Environment Ministers of the five Caspian Sea littoral states gathered for an online meeting on the state of affairs of regional efforts to protect the marine environment of the Caspian Sea. The meeting was organized on the initiative of the Ministry of Ecology and Natural Resources of the Republic of Azerbaijan and supported by the Tehran Convention’s interim Secretariat which is serviced by the UN Environment Program.

The Ministers took stock of the regional efforts taken to safeguard the Caspian environment to date and unanimously stressed the urgency to take further focused action. Particular mention was made to strengthen cooperation on regional environmental monitoring and assessment, scientific research, biodiversity protection and to curb pollution within the instruments of the Tehran Convention and its Protocols. The Caspian countries further concurred that the Tehran Convention Secretariat shall be strengthened by operating from the region and expressed determination to resolve the remaining challenges to agree on its hosting arrangements.

The last extraordinary Conference of the parties where ministers met in Moscow, Russian Federation, dated back to July 2018 on the occasion to sign the Protocol on Environmental Impact Assessment in a Transboundary Context, a regional treaty regulating the procedures for assessing the environmental impacts of projects with regional implications. At the online meeting it was agreed to hold the next sixth ordinary Meeting of the Conference of the parties in Baku, Republic of Azerbaijan, as soon as circumstances allow.

The Environment Ministers meeting confirms and revitalizes the efforts of the Caspian countries to cooperate on the protection of the Caspian Sea environment for current and future generations, even and especially during times of a global health crisis.