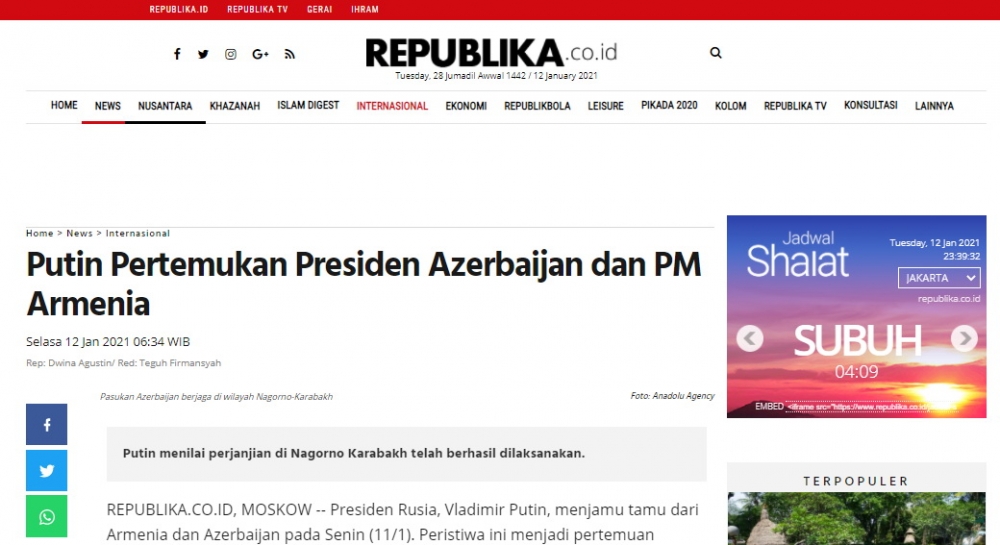 The Indonesian media have highlighted a trilateral meeting of the leaders of Azerbaijan, Russia and Armenia in Moscow.

The Indonesian media underlined that following the meeting the leaders announced the creation of a working group that will be engaged in recovery work.

The articles also drew the readers` attention to the liberation of the Azerbaijani lands after the 30-year occupation by the Armenian armed forces.

The media also noted the importance of unblocking the transport and communication lines in the region. 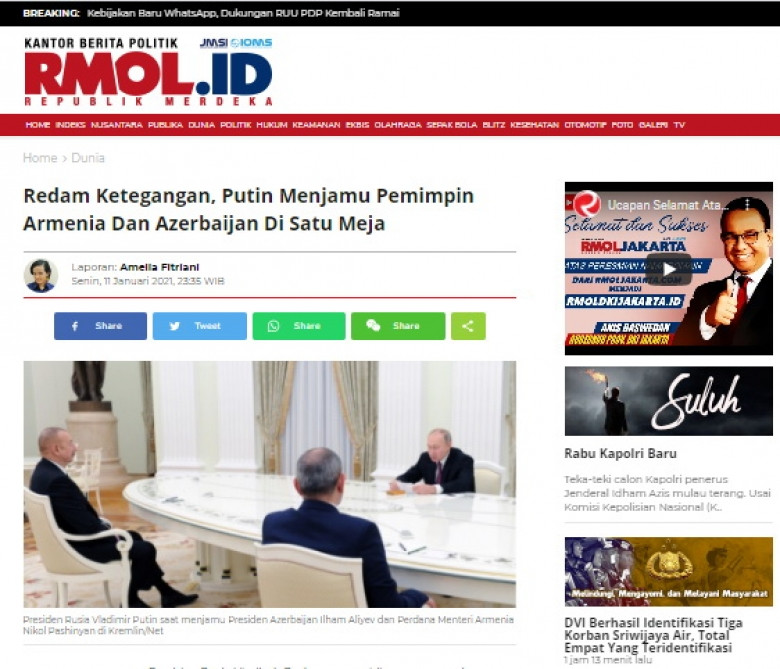 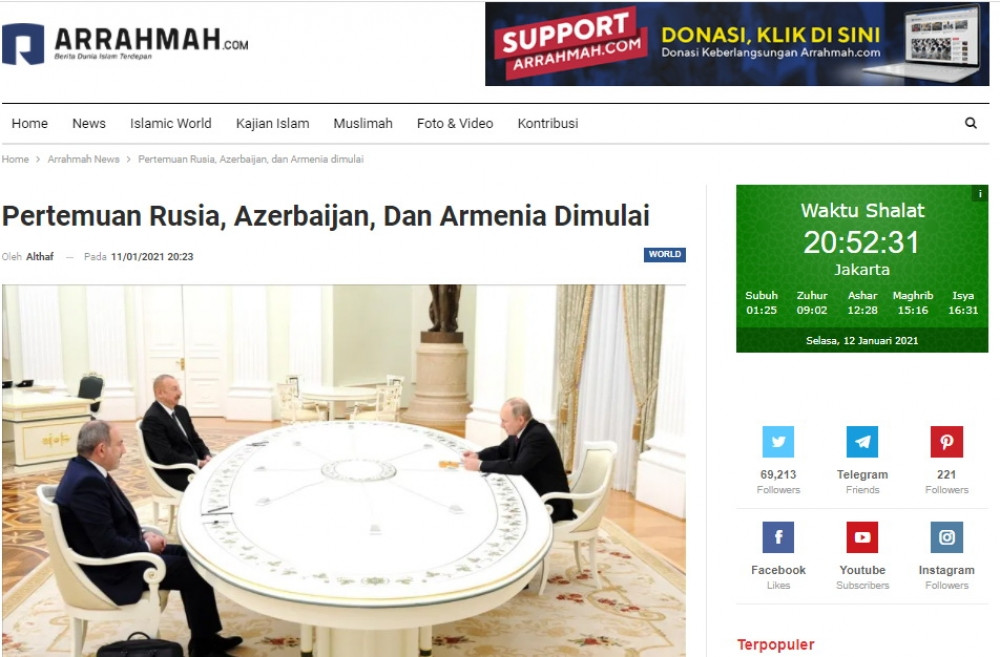 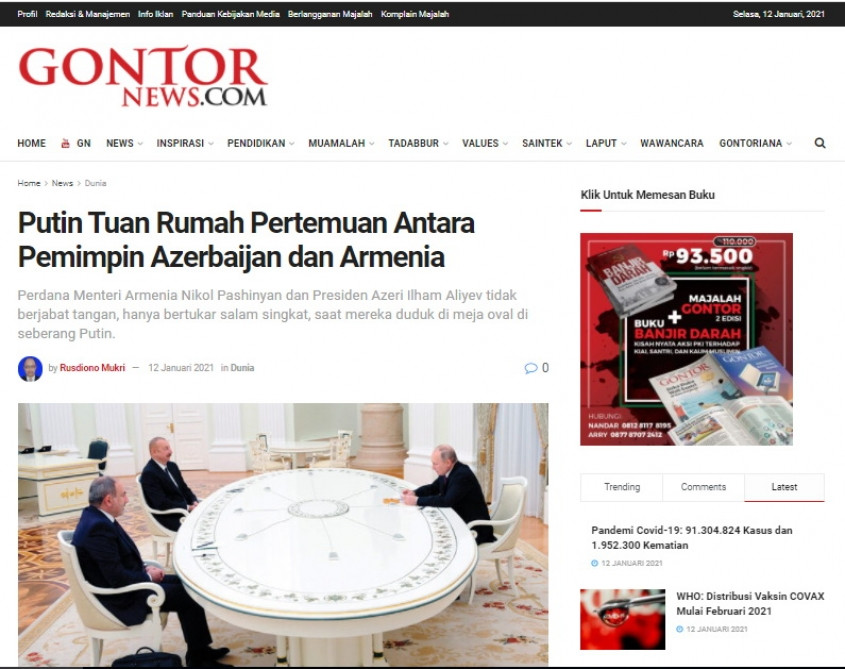