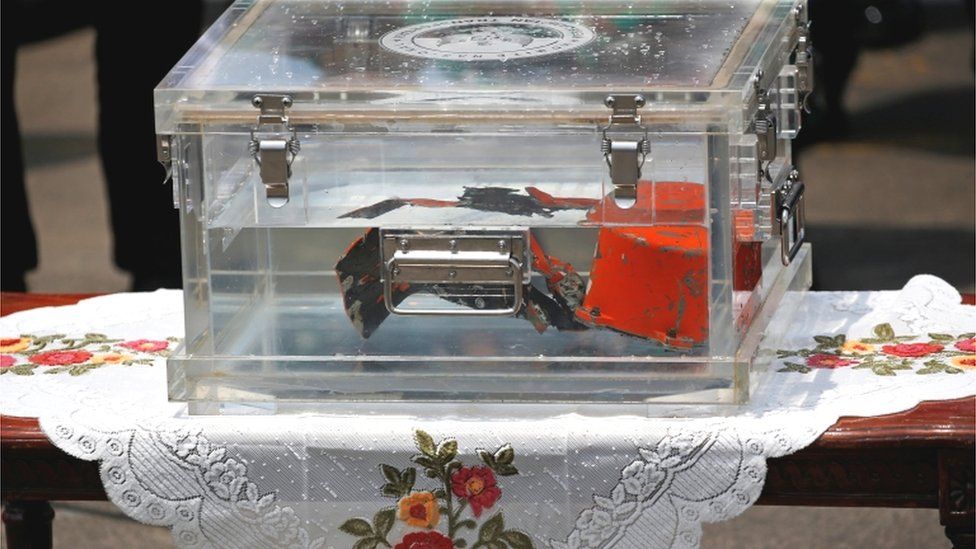 Indonesian search teams have retrieved the missing voice recorder from the Sriwijaya Air plane that crashed into the Java Sea in January, killing all 62 people on board, BBC reports.

Officials said it was found under 1m (3.3ft) of mud and that it would take up to a week to retrieve the recording.

The authorities hope that data from the "black box" can give vital clues on the possible cause of the tragedy.

Flight SJ182 had crashed minutes after taking off from Jakarta.

Days after the crash, salvage crews located the recorder which stores the flight data, but could not find sufficient clues as to why the plane dove into the sea.

A preliminary report siad there had been problems with the engine thrust, which led the plane into a sharp roll and then a final dive into the sea.

The Sriwijaya Air passenger plane departed from Jakarta's main airport at 14:36 local time (07:36 GMT) on 9 January. Flight SJ182 was en route to the city of Pontianak on Borneo island.

There were 50 passengers - including seven children and three babies - and 12 crew on board, though the plane has a capacity of 130. Everyone on board was Indonesian, officials said.

Witnesses said they had seen and heard at least one explosion. A damaged fan blade found by the divers suggested the plane was still functioning when it hit the sea, and did not explode mid-air.