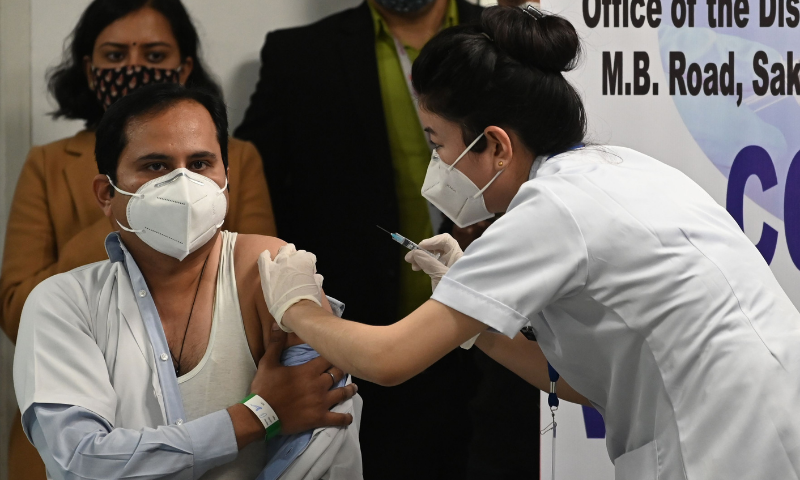 The country is home to the world’s largest vaccine makers and has one of the biggest immunization programs. But there is no playbook for the enormity of the challenge.

Indian authorities hope to give shots to 300 million people, roughly the population of the U.S and several times more than its existing program that targets 26 million infants. The recipients include 30 million doctors, nurses and other front-line workers to be followed by 270 million others, who are either aged over 50 or have illnesses that make them vulnerable to COVID-19.

The first dose of a vaccine was administered to a health worker at All Indian Institute of Medical Sciences in the capital New Delhi, after Prime Minister Narendra Modi kickstarted the campaign with a nationally televised speech. Priority groups across the vast country, from the Himalayan mountains to the Andaman Islands in the Bay of Bengal, began receiving it shortly after.

“We are launching the world’s biggest vaccination drive and it shows the world our capability,” Modi said in his address. He implored citizens to keep their guard up and not to believe any “rumors about the safety of the vaccines.”