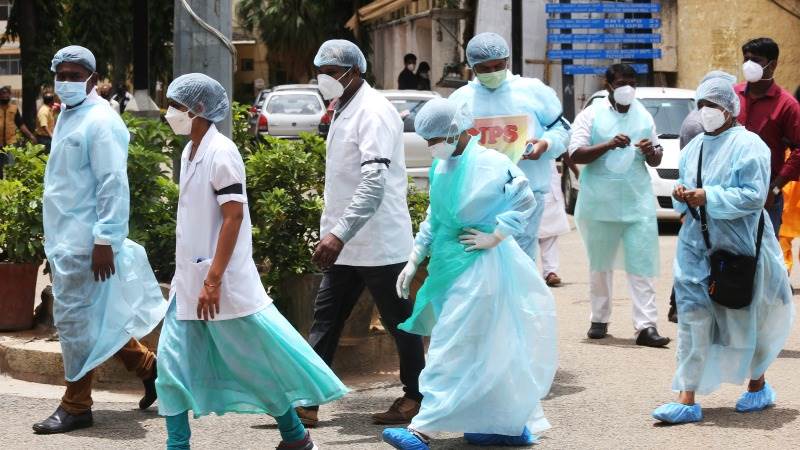 India's death toll from the coronavirus hit 50,000 on Monday, with more than 900 new fatalities reported in 24 hours, health ministry data showed, according to AFP.

The country last week overtook Britain with the world's fourth-highest number of deaths, behind the United States, Brazil and Mexico, and has recorded 2.6 million infections.

India's death toll from the pandemic now stands at 50,921, an increase of 941 from the previous day, according to the health ministry's website.

The world's second-most populated country, home to some of the world's biggest cities and largest slums, is already the third-most infected nation behind the US and Brazil.

Many experts however say the real numbers may be far higher due to low levels of testing and because deaths are often not properly recorded in India's chronically under-funded health system.

Despite the rising death toll, the health ministry tweeted on Sunday that India's virus mortality rate was "one of the lowest globally" at below two percent.

"Successful implementation of testing aggressively, tracking comprehensively and treating efficiently through a plethora of measures have contributed to the existing high level of recoveries," the ministry said in a statement.

On Saturday, Prime Minister Narendra Modi said trials and tests on three potential vaccine candidates were being carried out in India and that his government was preparing to produce huge numbers of doses if any are found to be viable.