‘In total disrespect and hatred to all Muslims, Armenia has destroyed and desecrated our mosques’, Azerbaijani president says 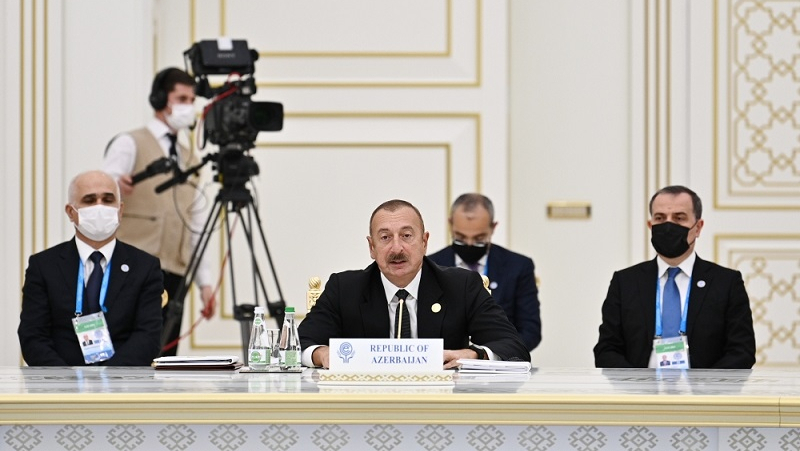 All cities and villages, including cultural and religious heritage sites of Azerbaijan, have been totally wiped out by Armenia during the occupation, said Azerbaijani President Ilham Aliyev in his remarks at the 15th Summit of the Economic Cooperation Organization (ECO) held on Sunday in Ashgabat, the capital of Turkmenistan, News.Az reports.

“In total disrespect and hatred to all Muslims, Armenia has destroyed and desecrated our mosques, including by using them as stables for pigs and cows. 65 out of 67 mosques situated in the formerly occupied territories have been totally destroyed and the two remaining have been seriously damaged. Likewise, the graveyards have been vandalized,” the head of state said.

“In 2020, Azerbaijan put an end to nearly 30 years of occupation of its territories by Armenia. The 44-day-long Patriotic War resulted in Armenia's defeat and being forced to sign an act of capitulation on 10 November 2020. Azerbaijan restored its territorial integrity. Azerbaijan itself ensured the implementation of UN Security Council resolutions of 1993 demanding immediate, complete and unconditional withdrawal of armed forces of Armenia from occupied territories of Azerbaijan,” President Aliyev added.