In response to Myanmar coup, Biden signs order for sanctions on generals, businesses 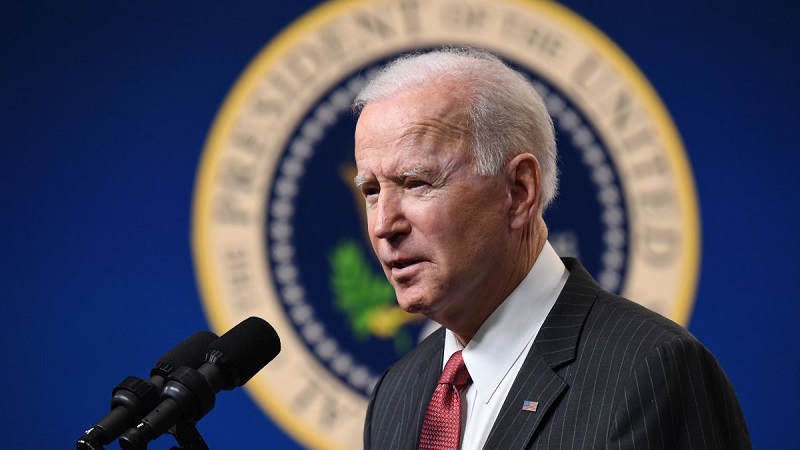 U.S. President Joe Biden announced on Wednesday he had approved an executive order for new sanctions on those responsible for the military coup in Myanmar and he repeated demands for the generals to give up power and free civilian leaders.

Biden said the executive order would enable his administration “to immediately sanction the military leaders who directed the coup, their business interests as well as close family members.”

He said Washington would identify the first round of targets this week and was taking steps to prevent the generals in Myanmar, which is also known as Burma, having access to $1 billion in funds held in the United States.

“We’re also going to impose strong export controls. We’re freezing U.S. assets that benefit the Burmese government while maintaining our support for health care, civil society groups, and other areas that benefit the people of Burma directly,” Biden said at the White House.

“We’ll be ready to impose additional measures, and we’ll continue to work with our international partners to urge other nations to join us in these efforts.”

The Feb. 1 coup, which overthrew elected leader Aung San Suu Kyi’s civilian-led government, occurred less than two weeks after Biden took office. It presented him with his first major international crisis and an early test of his dual pledges to re-center human rights in foreign policy and work more closely with allies.

Biden said Myanmar was of “deep and bipartisan concern” in the United States.

“I again call on the Burmese military to immediately release the democratic political leaders and activists,” he said. “The military must relinquish the power it’s seized.”

U.S. State Department spokesman Ned Price told a news briefing Washington was rolling out collective actions with partners on Myanmar and could impose substantial costs on the generals.

Protesters returned to the streets of Myanmar on Wednesday despite the shooting of a young woman the previous day, with some deploying humor to emphasize their peaceful opposition to the military takeover.

The protests have been the largest in Myanmar in more than a decade, reviving memories of almost half a century of direct army rule and spasms of bloody uprisings until the military began relinquishing some power in 2011.

The military justified its takeover on the grounds of fraud in a Nov. 8 election that Suu Kyi’s National League for Democracy (NLD) party won by a landslide. The electoral commission dismissed the army’s complaints.

The Biden administration has been working to form an international response to the crisis, including by working with allies in Asia who have closer ties to Myanmar and its military.

Western countries have condemned the coup, but despite this, analysts say Myanmar’s military’s is unlikely to be as isolated as it was in the past, with China, India, Southeast Asian neighbors and Japan unlikely to cut ties given the country’s geo-strategic importance.

While Biden did not specify who would be hit with new sanctions, Washington is likely to target coup leader Min Aung Hlaing and other top generals who are already under U.S. sanctions imposed in 2019 over abuses against Rohingya Muslims and other minorities.

There were no reports of violence in Myanmar on Wednesday, and in many places protests took on a festive air, with bare-chested body builders, women in ball gowns and wedding dresses, farmers in tractors and people with their pets.

Thousands joined demonstrations in the main city of Yangon, while in the capital, Naypyitaw, hundreds of government workers marched in support of a growing civil disobedience campaign.

The Biden administration has been working on its Myanmar policy with both fellow Democrats and Republicans in Congress.