In pictures: Fires in Brazilian Amazon on the rise 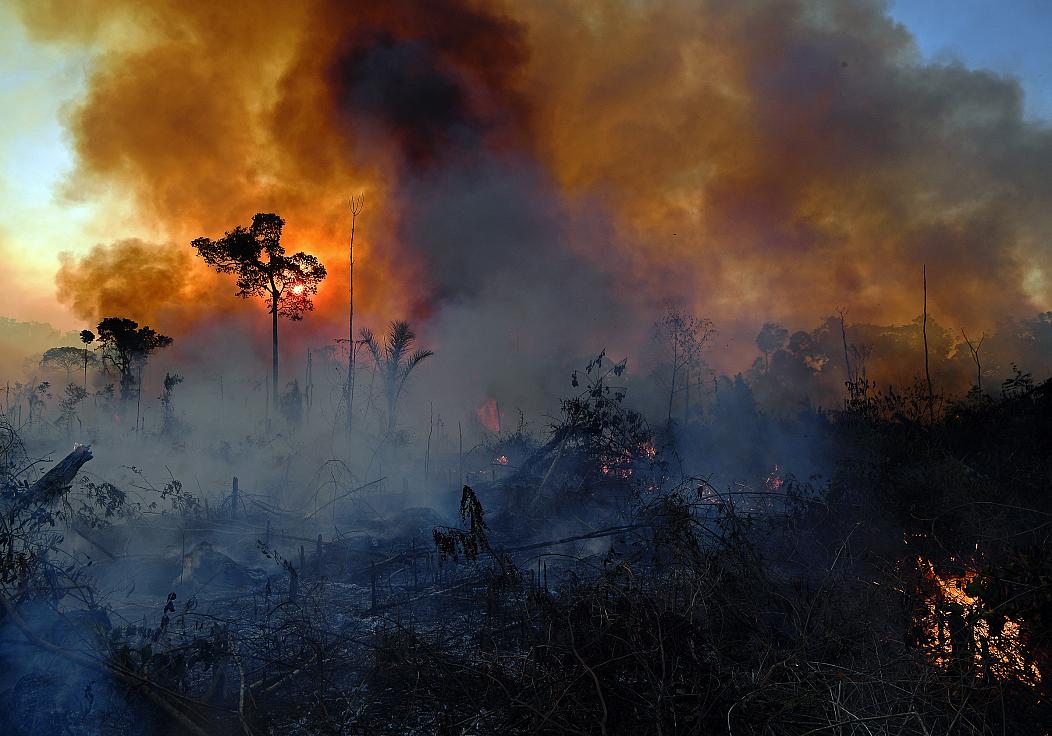 Deforestation in the Amazon has hit its highest level in a decade and experts now fear that it could be even higher this year, according to Euronews.

According to the National Institute for Space Research, between August 2019 to July 2020, almost 9,205 square kilometres were deforested. This is an increase of 34%.

One year ago so-called 'Day of Fire" that sparked raging wildfires in the Brazilian Amazons drew the world's attention to the problem.

Under the pressure from the international ecological activists Bolsonaro tried to implement the measures to stop the fires. For instance, in July the Brazilian government introduced a 120-day ban on fires in the Amazon region.

The measures have not proven to be effective so far, while Brazil's leader calls the data regarding the rising number of Amazon fires inaccurate.

An elderly farmer who set fire to an area of the rainforest around his property walks away as the fire approaches his house in an area of Amazon rainforest, in Para state (Carl de Souza/AFP)