In Photos: Devastating floods in Pakistan 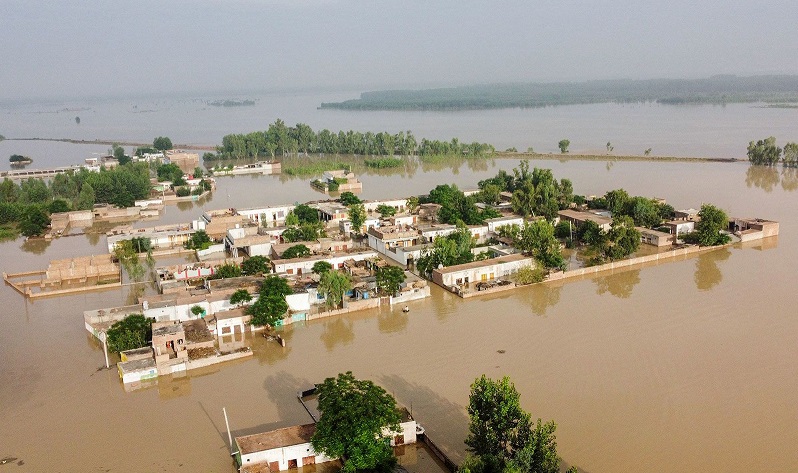 Floodwaters are threatening to cover up to a third of the country by the end of the monsoon season.

At least 33 million people have been affected by the disaster, said Pakistan's Minister for Climate Change Sherry Rehman. She called the floods "unprecedented" and "the worst humanitarian disaster of this decade."

She highlighted in particular the impact on the south of the country, adding that "maximum" relief efforts are underway. 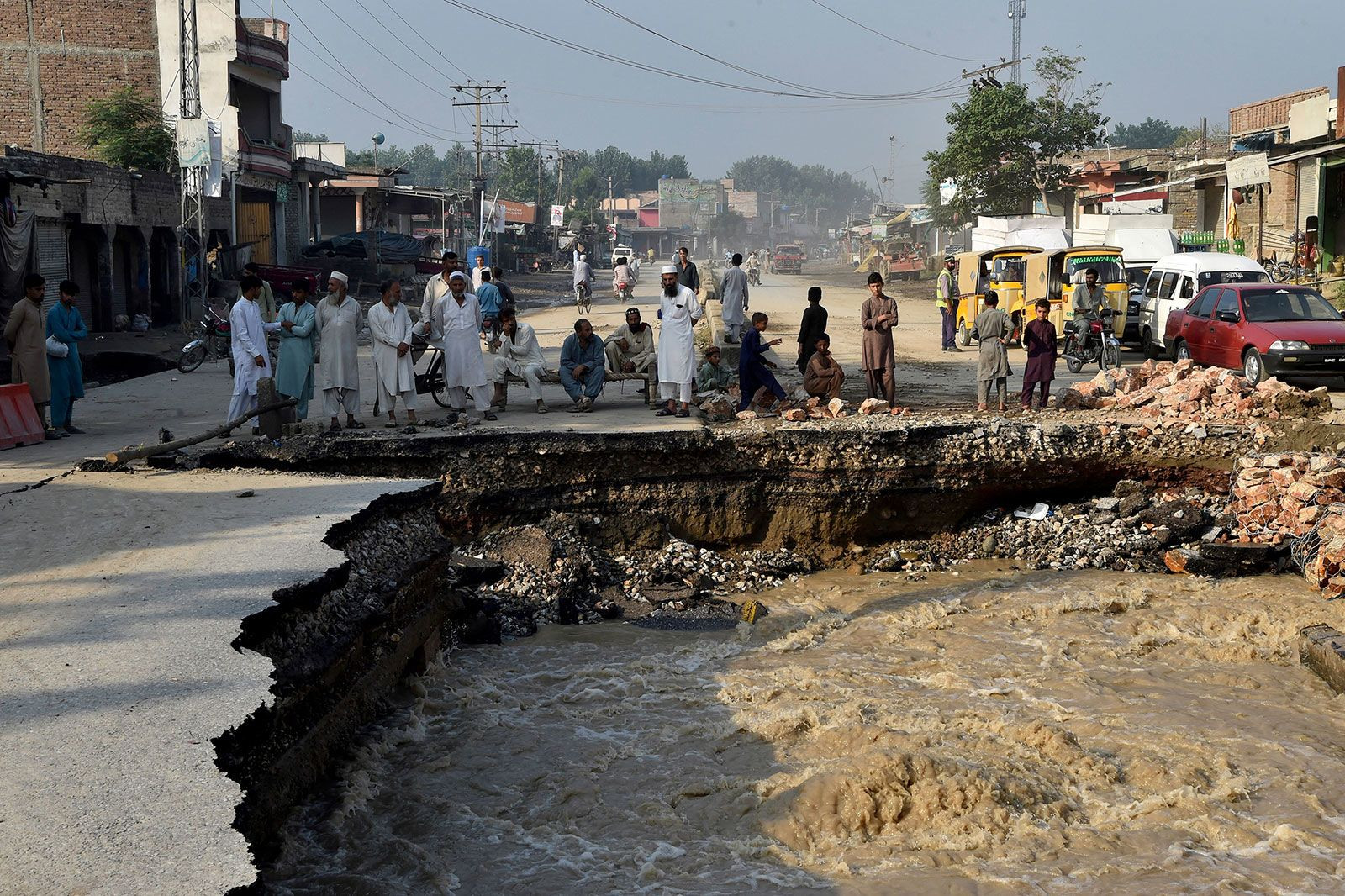 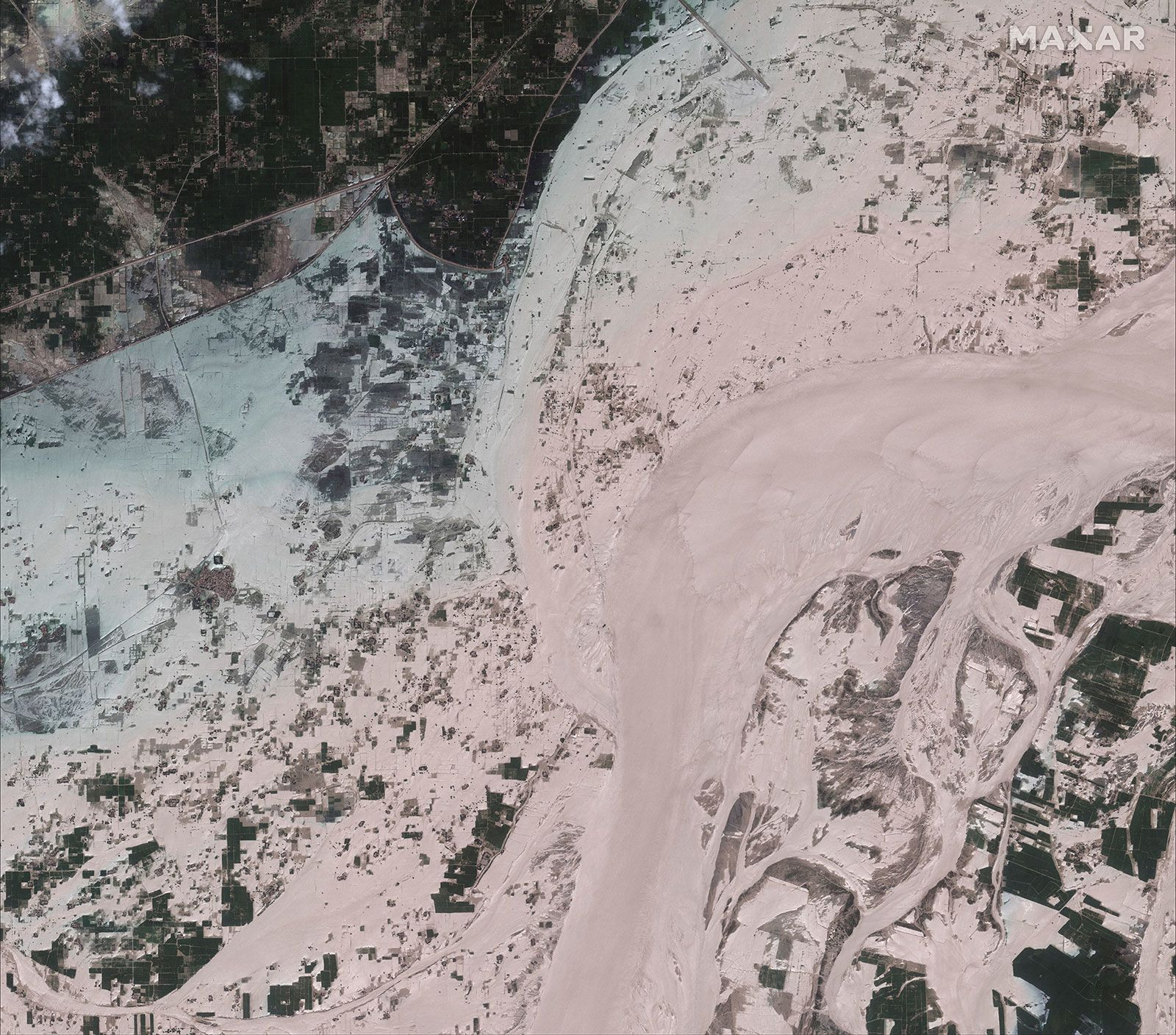 A satellite image shows the scale of the flooding along the banks of the Indus River in Rajanpur, Pakistan, on Sunday, August 28. )Maxar Technologies/Reuters) 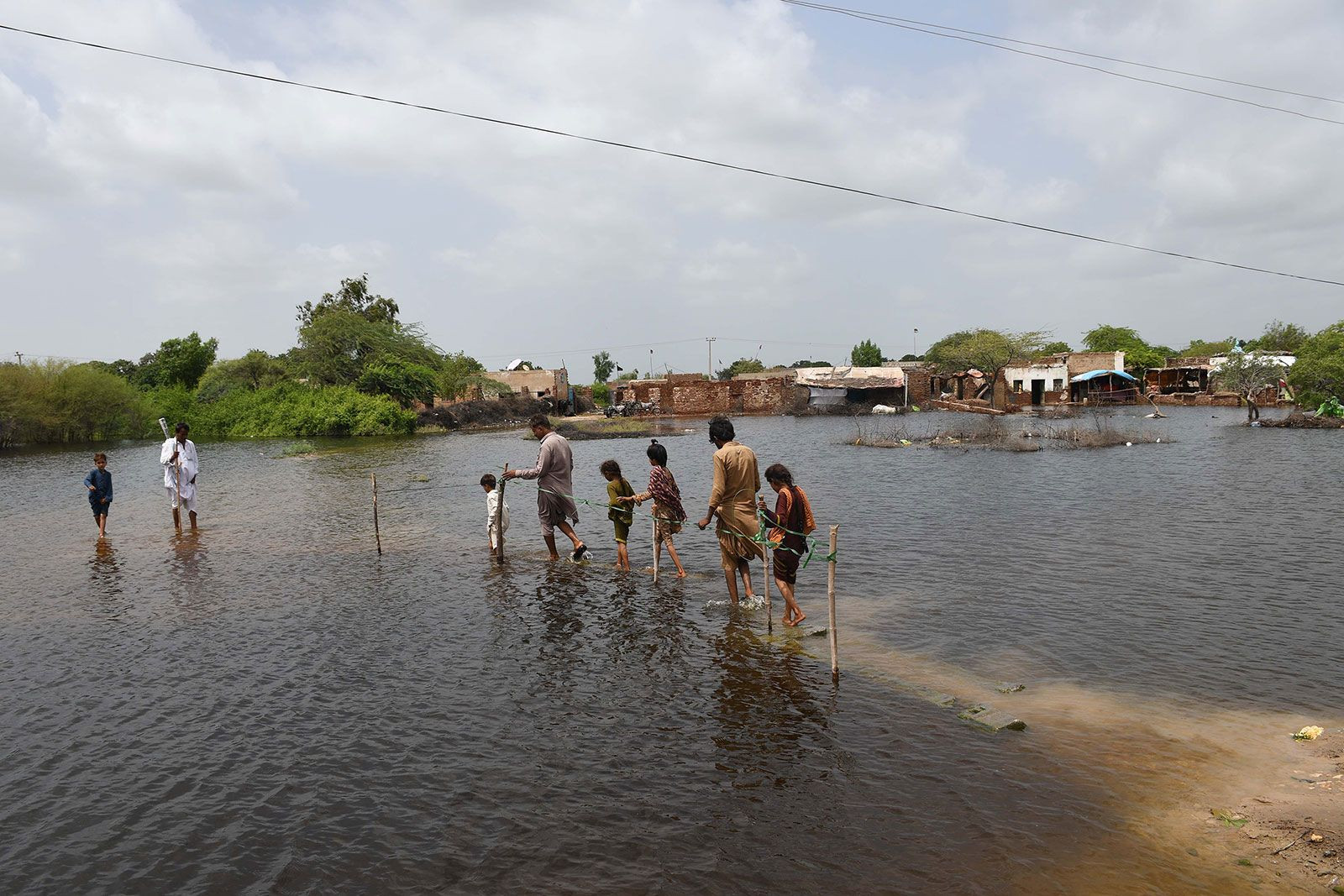 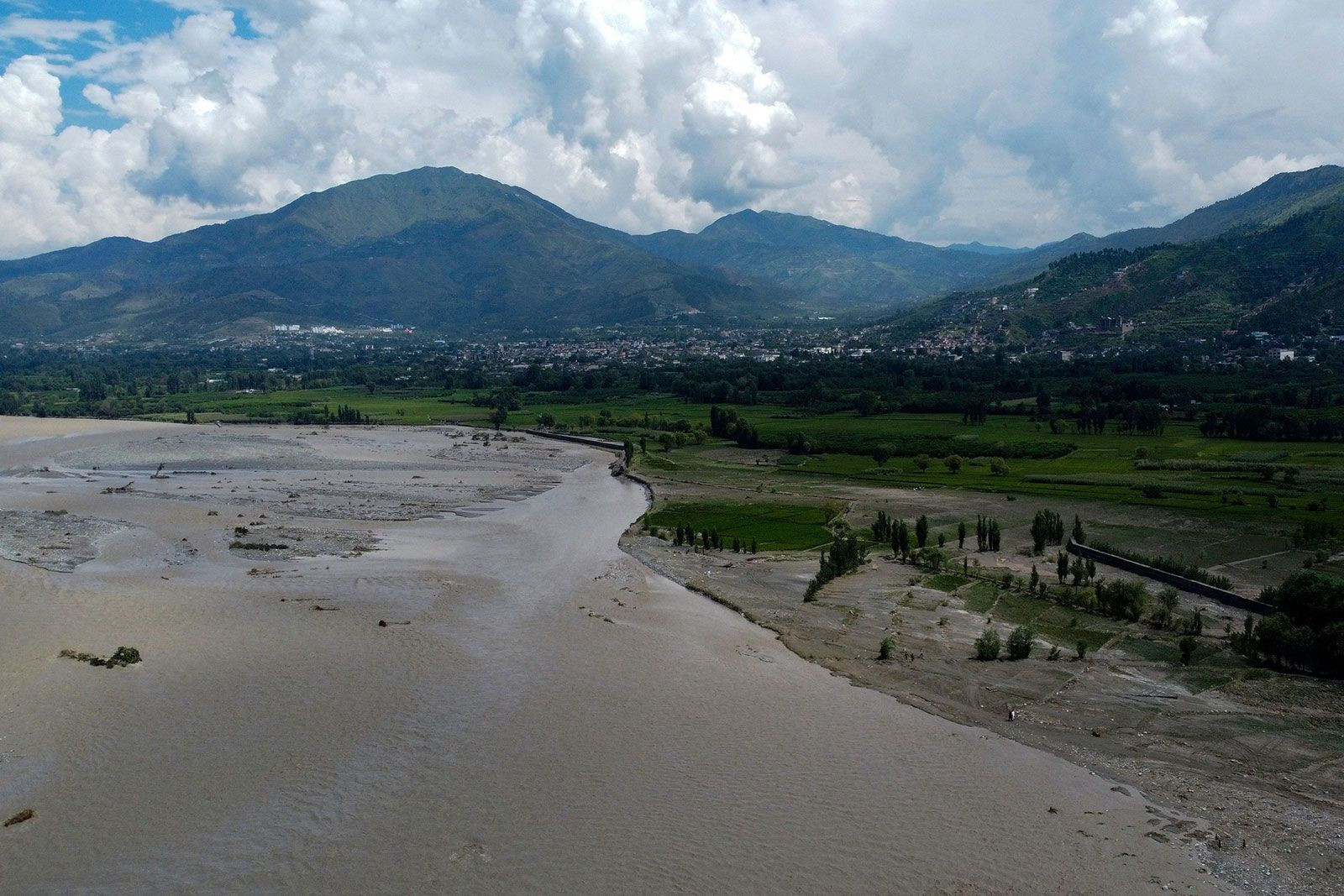 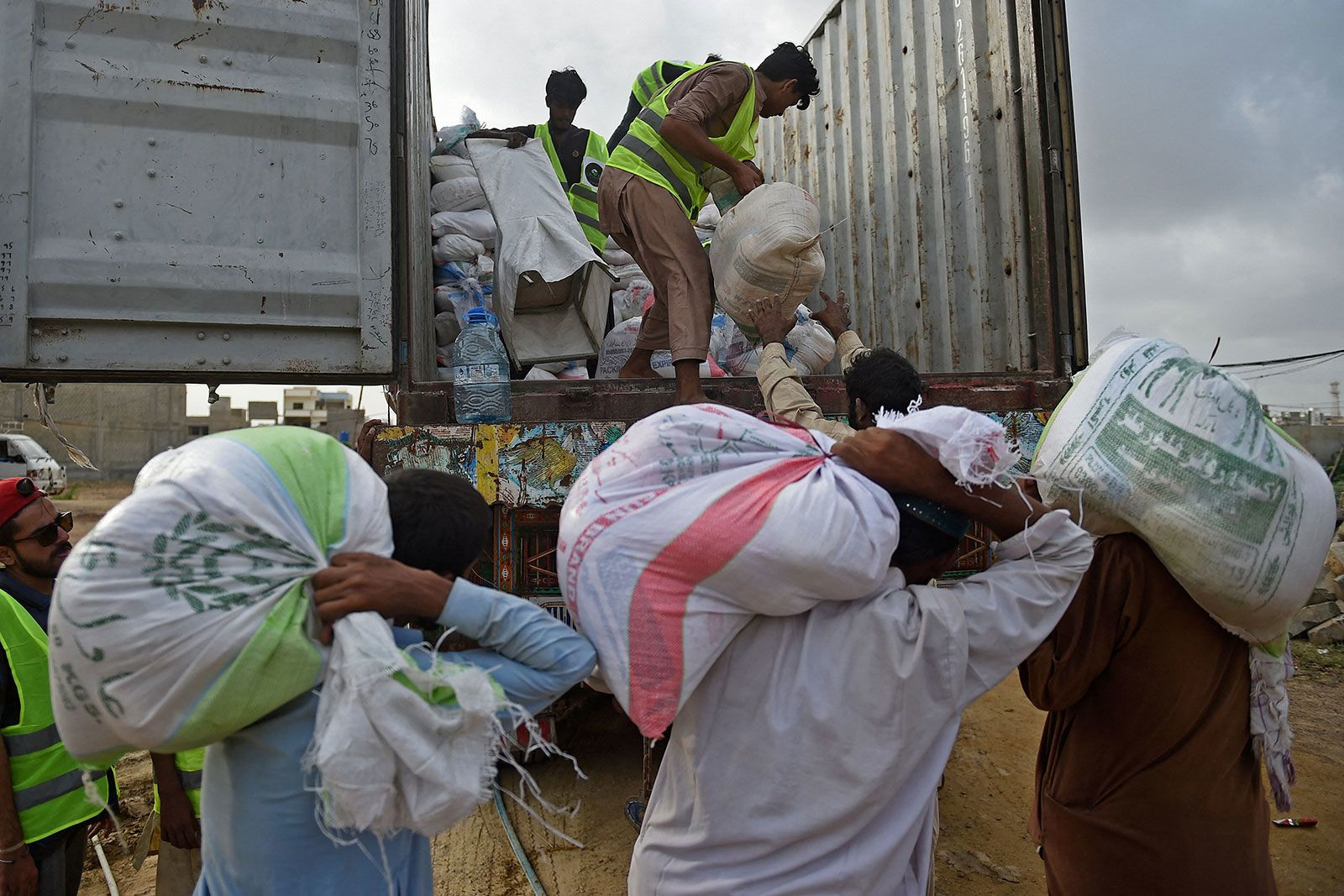 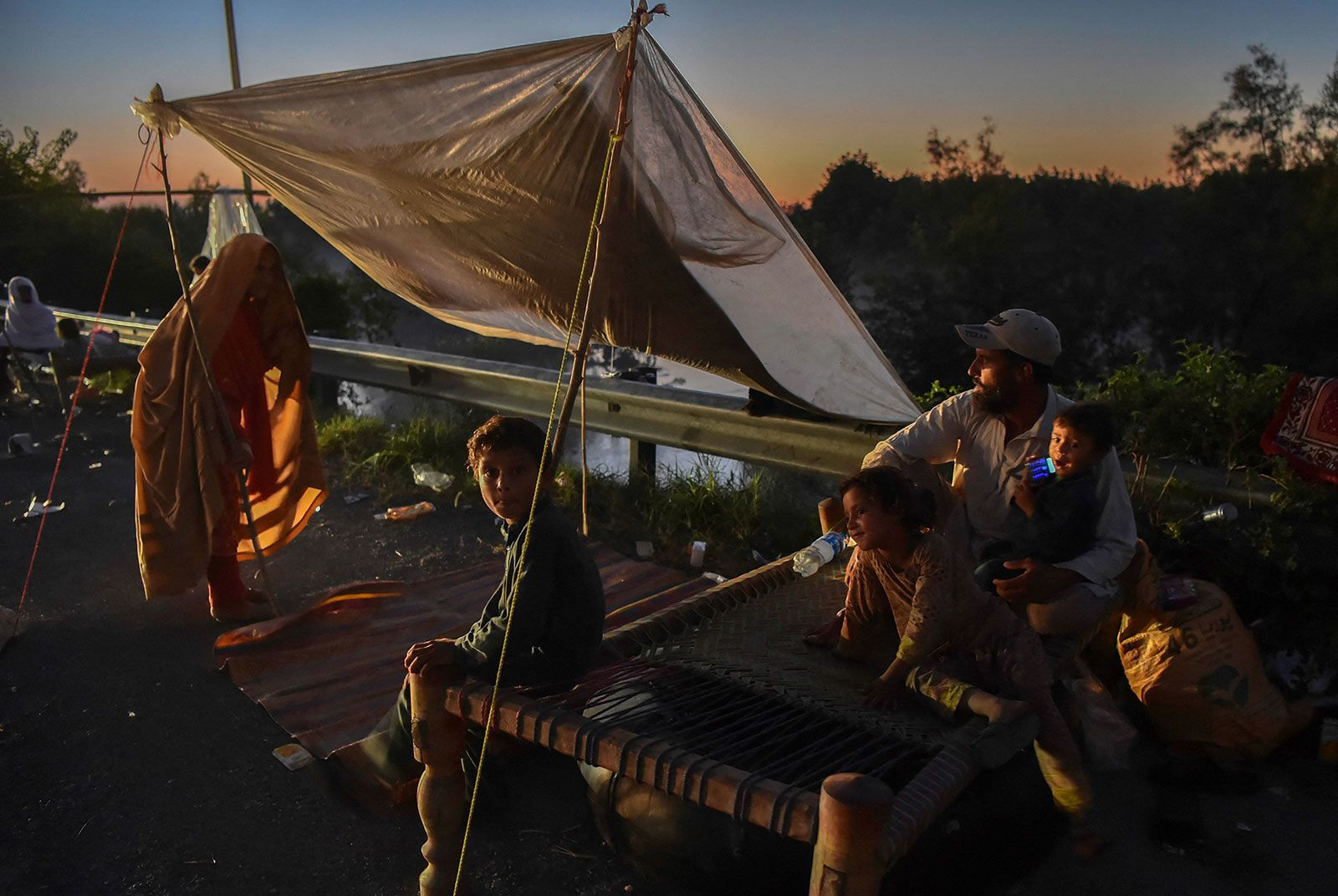 Displaced people take refuge along a highway after fleeing from their flood-hit homes in Pakistan's Charsadda district on August 28. (Abdul Majeed/AFP/Getty Images) 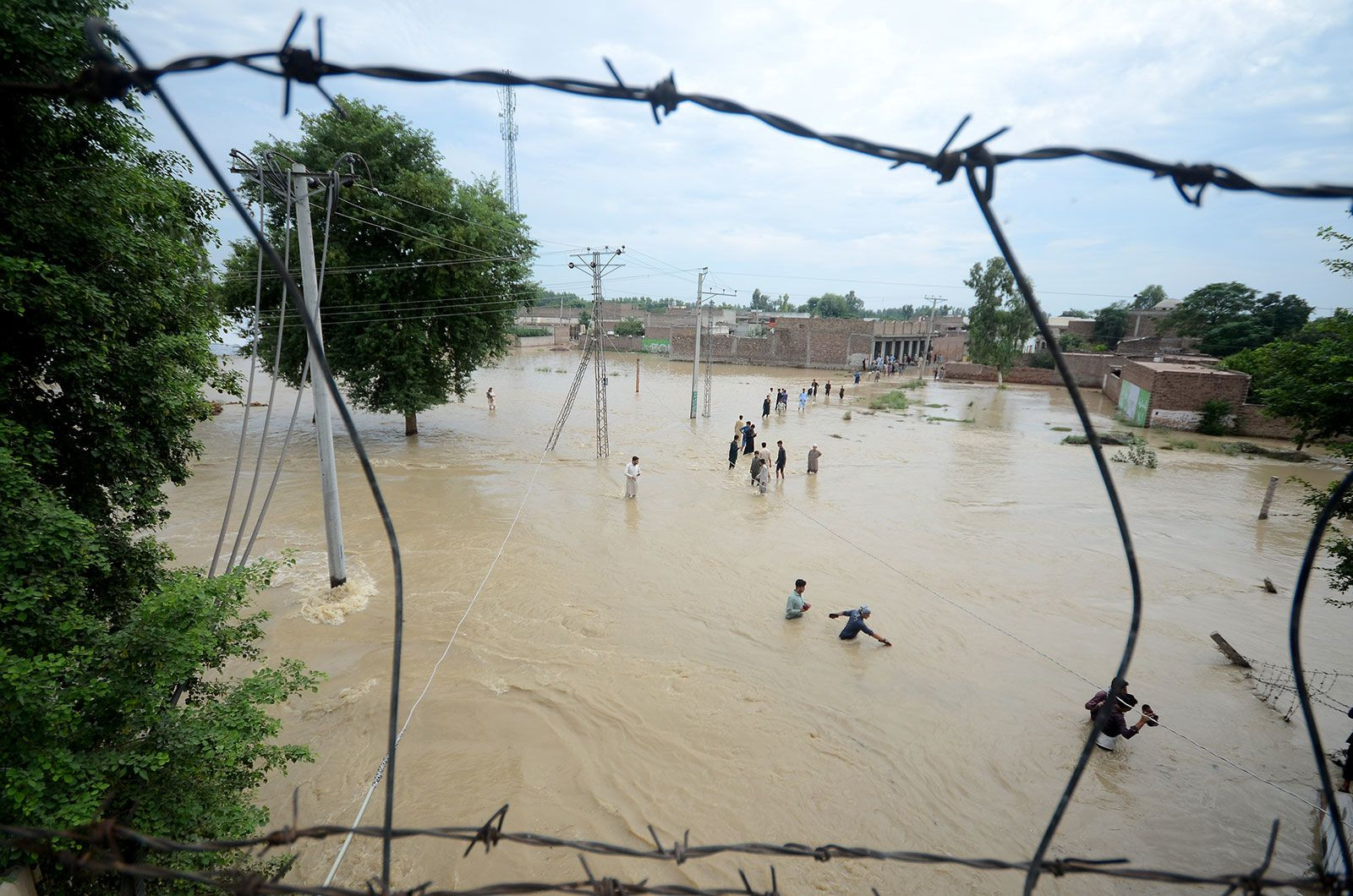 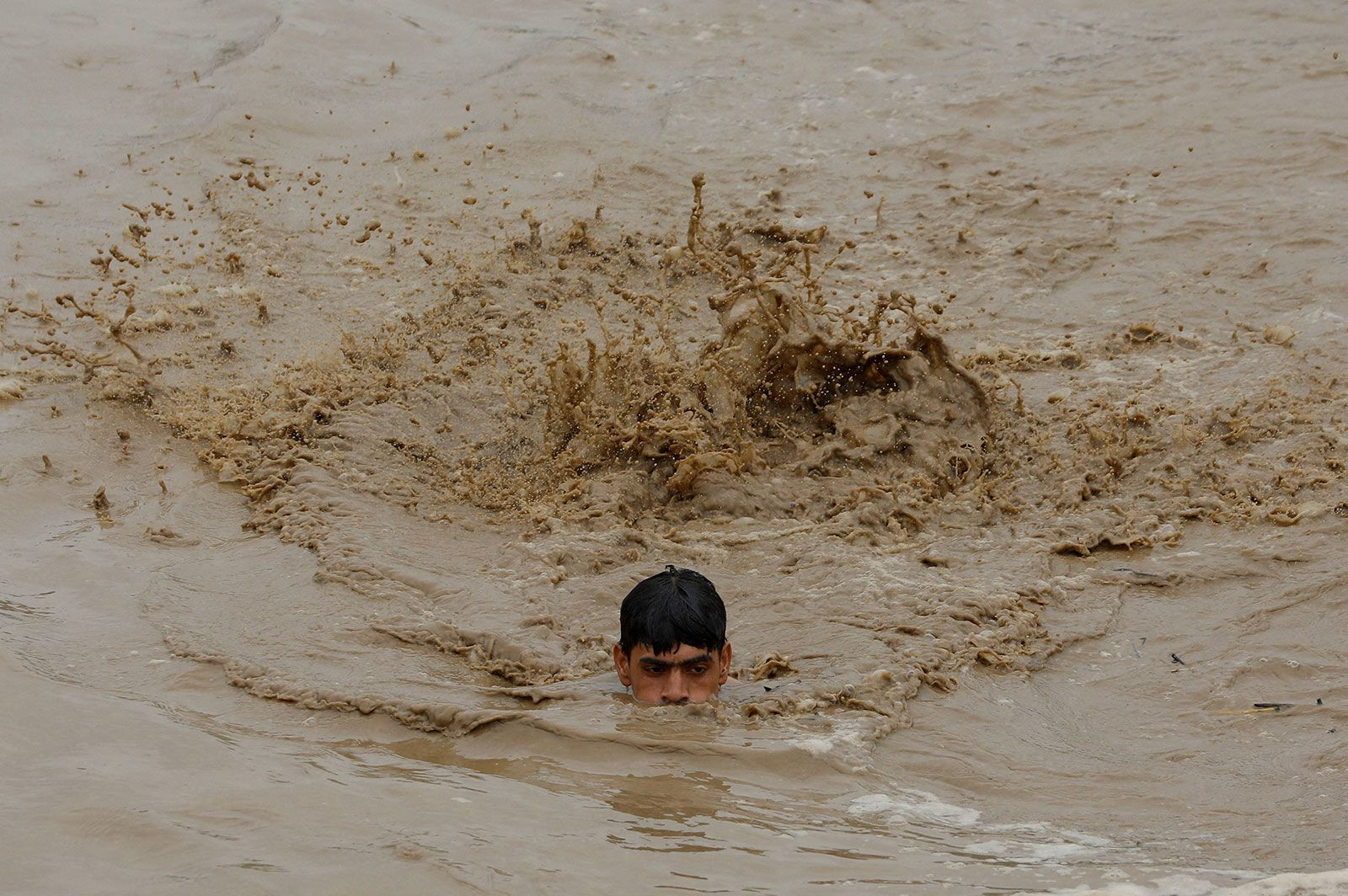 A man swims in floodwaters while heading for higher ground in Charsadda, Pakistan, on August 27. (Fayaz Aziz/Reuters) 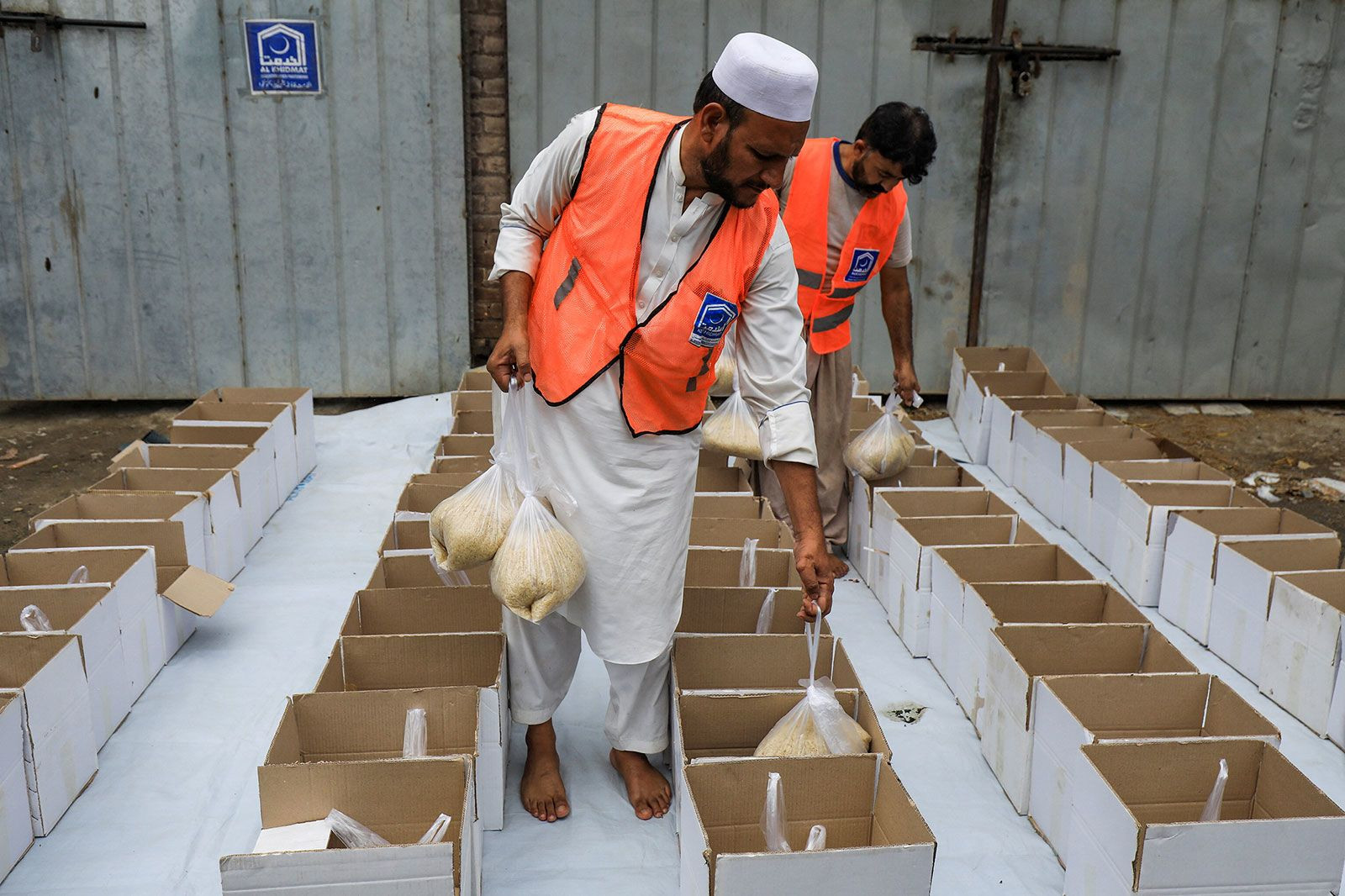 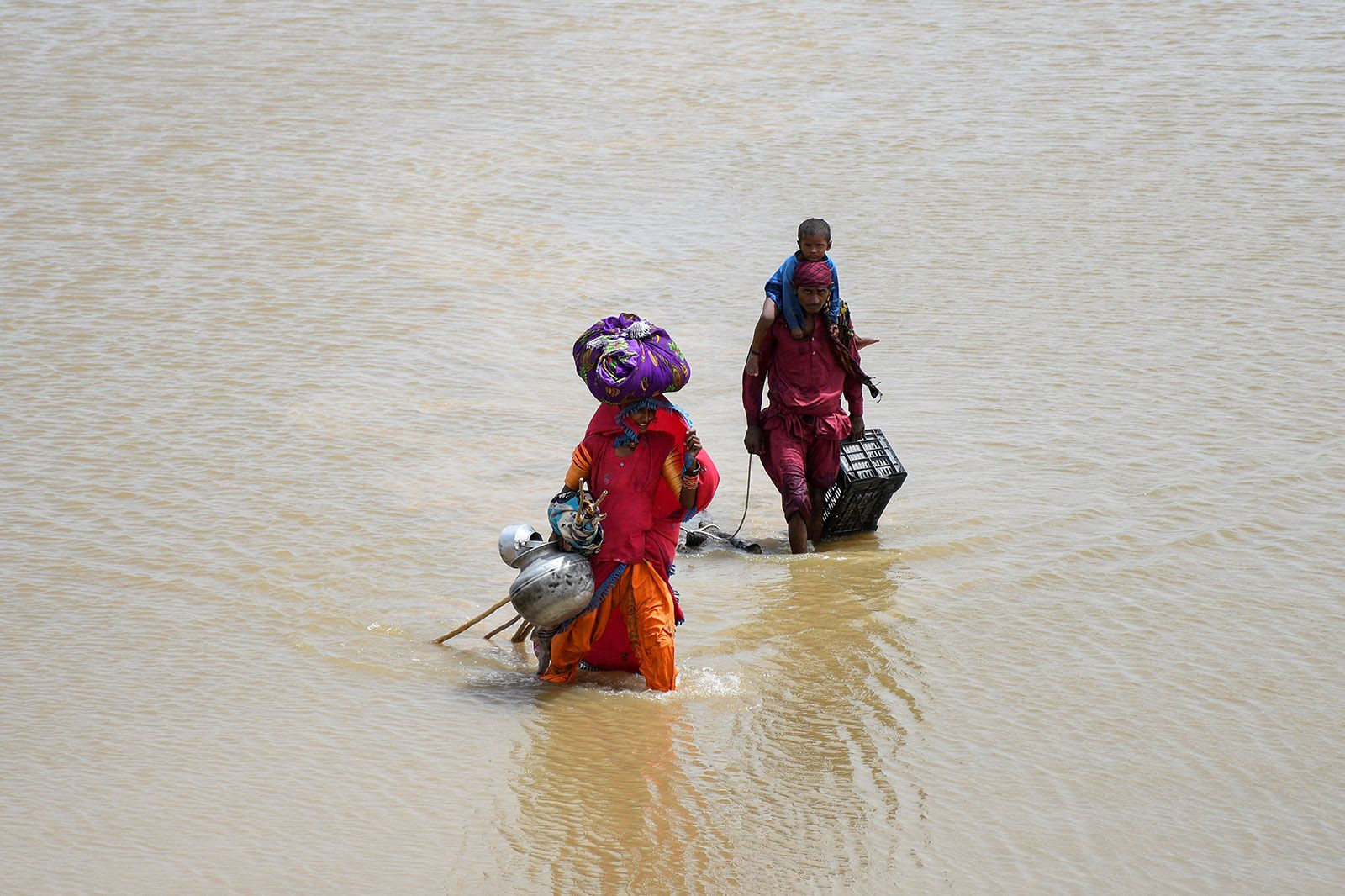 A family carries their belongings through floodwaters in Jamshoro, Pakistan, on August 26. (Yasir Rajput/Reuters) 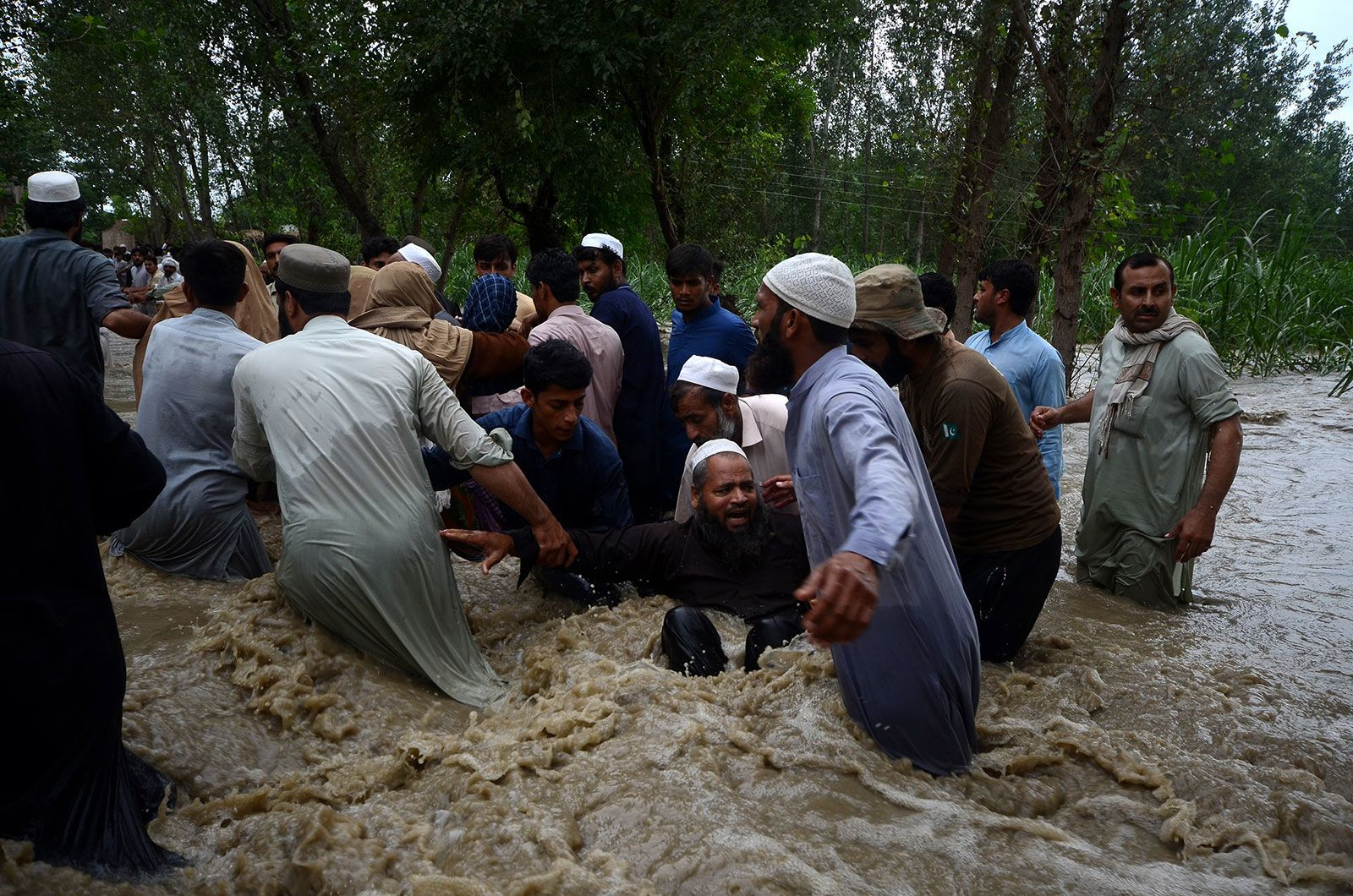 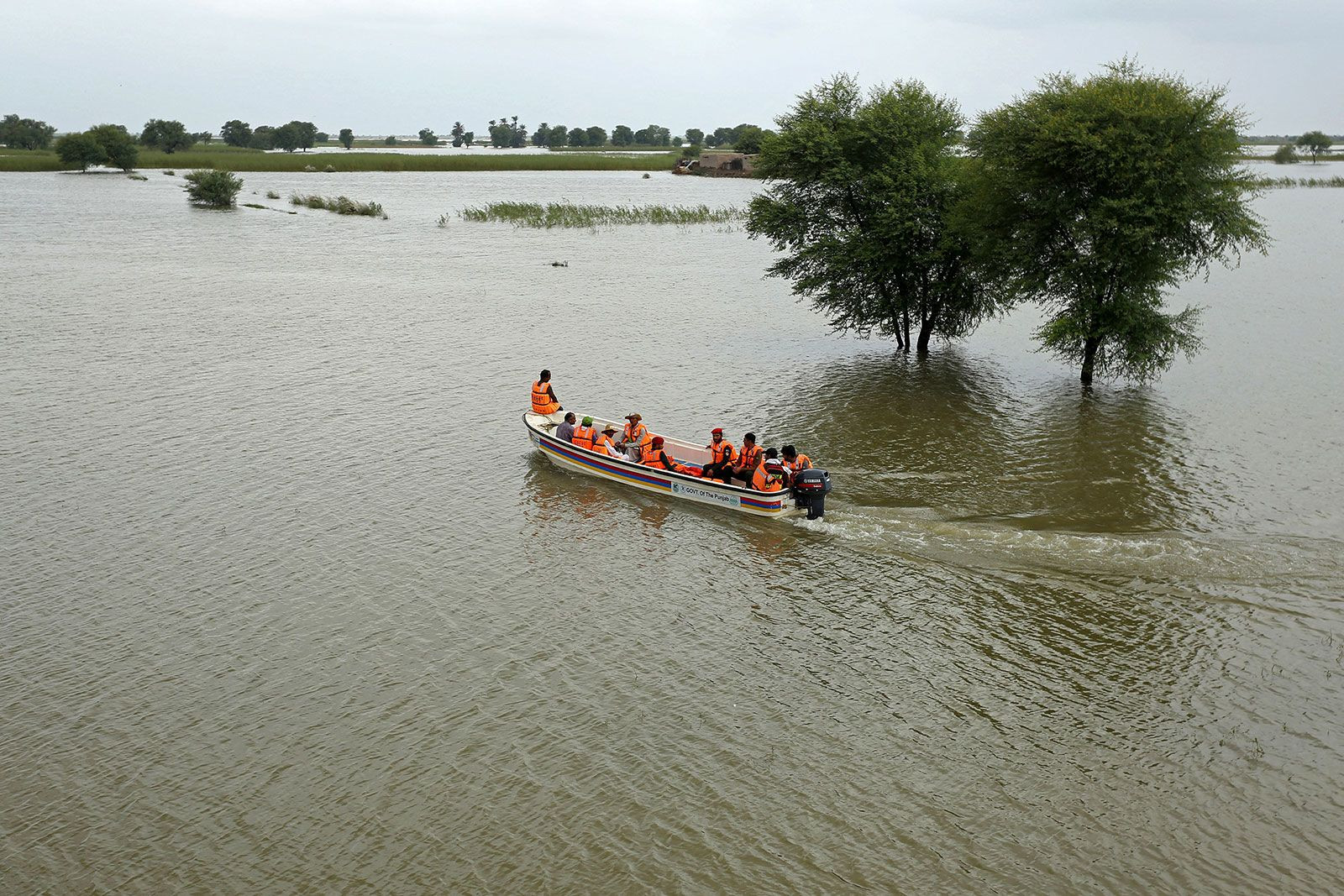 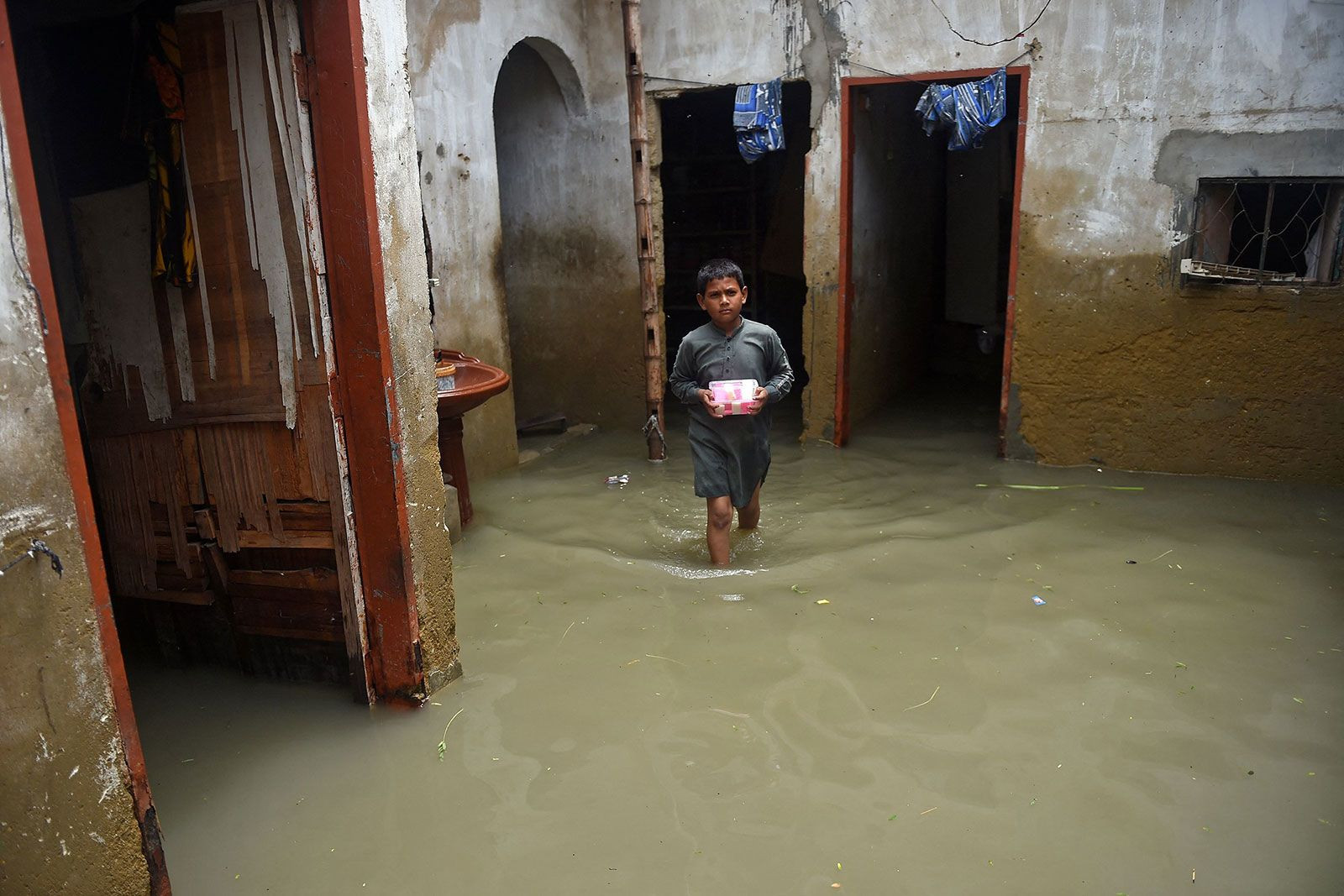 A boy wades through his flooded house in Karachi on July 26.(Rizwan Tabassum/AFP/Getty Images)