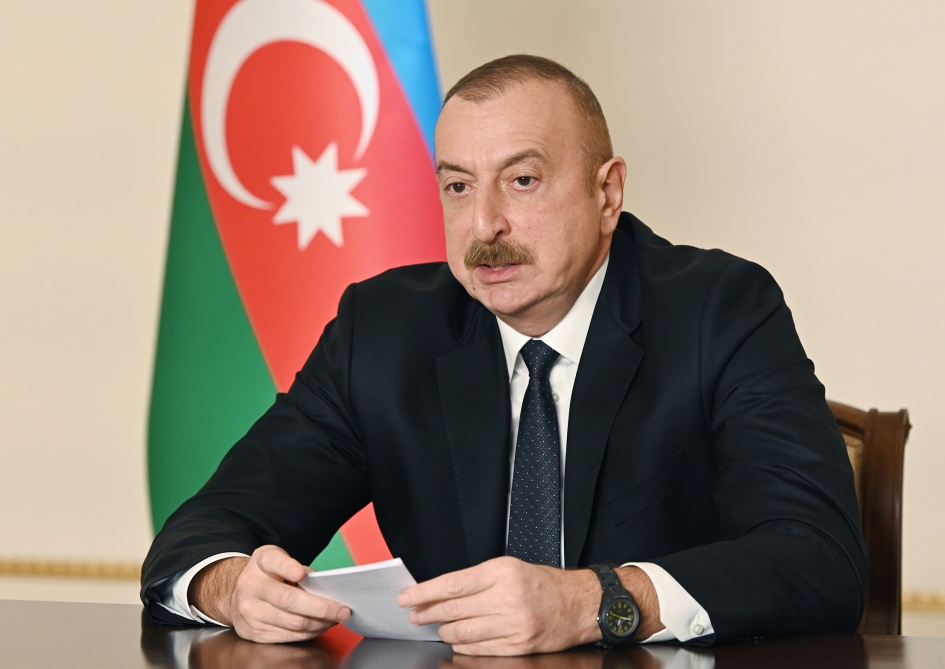 In the face of a global health crisis, the "vaccine nationalism" is worrisome, President of the Republic of Azerbaijan Ilham Aliyev said.

The head of state made the statement Tuesday at a Mid-term Ministerial Conference of the Non-Aligned Movement, held in a video format.

“Azerbaijan has provided humanitarian and financial assistance to more than 30 countries, including NAM countries, to support their fight against the pandemic,” the president said. “Azerbaijan has also made voluntary financial contributions to the World Health Organization in the amount of $10 million, half of which was earmarked for the NAM Member States.”

“In the face of a global health crisis, the "vaccine nationalism" is worrisome,” President Aliyev added. “Azerbaijan has publicly criticized the conduct of some countries that stockpile far more vaccines than they require. So far, more than 82 percent of the world’s vaccine doses have been purchased by wealthy countries, while only 0.9 percent have gone to low-income countries. Such an attitude hinders the ability to develop, in particular, least developed countries to protect their populations.”

“To address this problem, Azerbaijan, on behalf of the NAM initiated a resolution in the United Nations Human Rights Council on ensuring equitable, universal access to vaccines for all countries, which was unanimously approved this March,” President Aliyev added.

“Taking into account the cross-cutting nature of challenges, Azerbaijani Chairmanship has held online meetings of ministers of health, ministers of labor,” the president said. “We are also planning to convene meetings of other line ministries including those in charge of communication, education.”