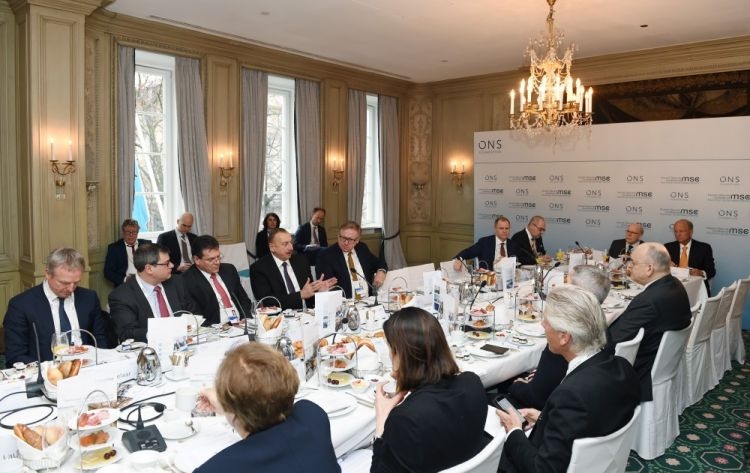 “Once large gas fields were discovered in Azerbaijan, a decision was made to transport these gases to the international markets”, President of Azerbaijan Ilham

President Aliyev noted that this is an integrated pipeline system consisting of three different pipelines which connect Azerbaijan with European markets and countries located along the route towards the European markets: “This project created a new regional cooperation format. The matter is about Georgia, Azerbaijan, Turkey, Greece, Bulgaria, Italy and candidate country Albania. So, it is not so easy to ensure interests of these parties. Therefore, jointly with the European Commission, we created Advisory Board of the Southern Gas Corridor. Two meetings of the Advisory Council have already been held in Baku and the third meeting will be held on February 23 with the participation of Šefčovič. There are significant achievements. I can say that about 65% percent of the TANAP, 80% of other segment of the Southern Gas Corridor and 34-35% of TAP have already been completed. Shahdeniz development was completed by 90%. Our goal is to deliver Azerbaijan’s first natural gas to the markets next year and complete this project by 2020 if no artificial delays occur in several partner countries”.

The president said that Azerbaijan is the shareholder of all four segments of the Southern Gas Corridor and acts as an investor: “We attracted funds from the WB, international financial organizations, ADB, Asian Infrastructure Bank. We are waiting for allocation of funds by EBRD and EIB. So, this is a wide financial, infrastructure, technical and energy project. We are proud of this. Of course the new cooperation format among these countries creates a new cooperation spirit in the region. This creates joint commitment, certainty, trustworthiness and partnership. So, after the project is completed, Azerbaijan’s role as a reliable and only gas source for Europe will increase and our ties with the European companies will be strengthened”.