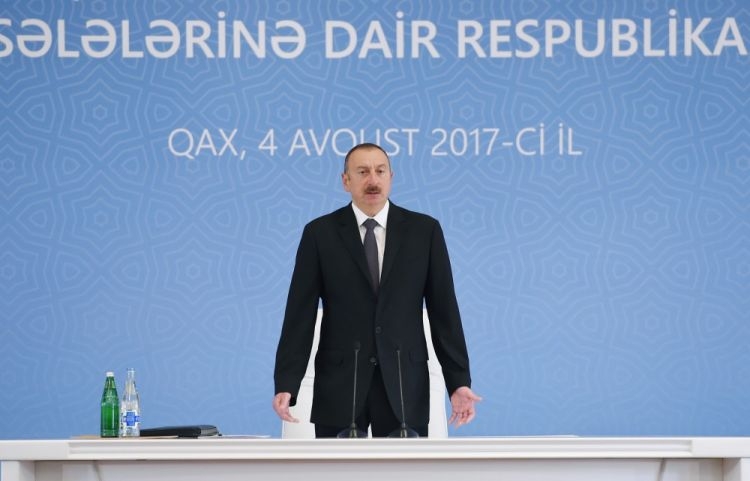 Azerbaijan has become a reliable country that is supplying gas to the world, Europe and its neighbors, President Ilham Aliyev told a republican conference on the development of sericulture, tobacco and hazelnut production in Gakh district.

“Today Azerbaijan is not only providing itself with electricity, but it is also exporting it in vast amounts to foreign countries making big profits. This was made possible thanks to more than 20 newly-built electrical stations,” noted the president, Trend reports.

“The territory of Azerbaijan is supplied with gas by 93 percent,” added the head of state.