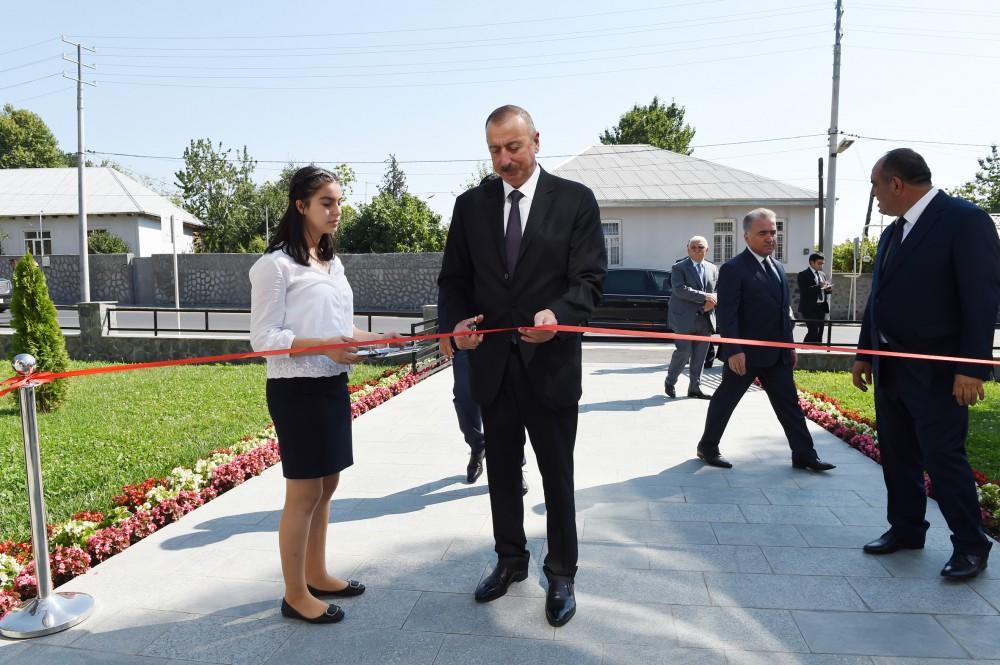 President of the Republic of Azerbaijan Ilham Aliyev attended the inauguration of a 180-seat orphanage-kindergarten in Gakh, whose construction was initiated by the Heydar Aliyev Foundation.

The president cut the ribbon symbolizing the official opening of the orphanage-kindergarten, and then toured it.

The three-story building covers an area of 2,124 square meters. All conditions were created there for children. All classrooms are supplied with the necessary equipment. The orphanage-kindergarten has a gym, a canteen and playgrounds.