If we did not establish friendly relations with our neighbors, there would be difficulties in the Second Karabakh War - President of Azerbaijan 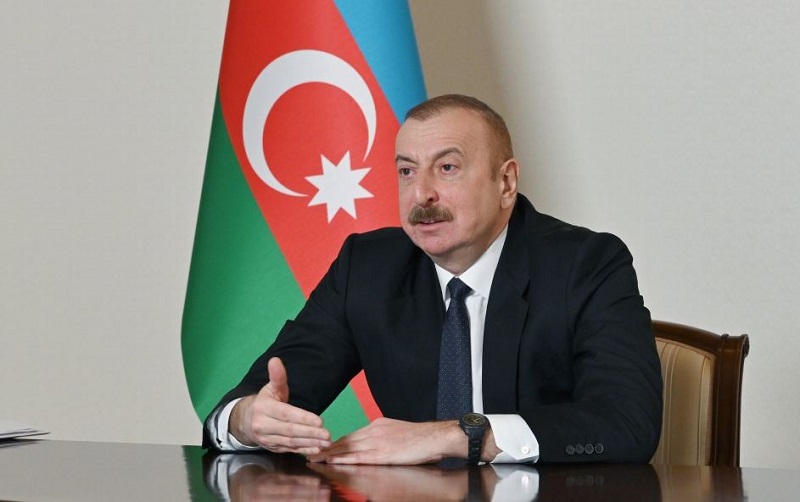 Armenia is in an isolated state today, while we are building relations with all our neighbors very effectively, on the basis of friendship and good neighborliness,  said President Ilham Aliyev as he addressed the 7th Congress of the New Azerbaijan Party (YAP) in a video format.

"This was also a kind of preparation. I want to say quite frankly that if this preparatory work had not been done in this area, then we could have faced difficulties in the second Karabakh war. Armenia has isolated itself. In other words, we isolated it from regional projects, from oil and gas projects, ruined their economy, and we can say with a sense of pride that we are the main factor here, as any independent economic expert can confirm. We exposed Armenia as an undecided and unstable country with no future. As economic difficulties increased, the exodus of the population from there became even greater. Demographic problems arose, which in itself led to a narrowing of the economic market. No-one will invest in a narrow economic market. What is there to invest in if there are no people and no money? You have to recover these investments in the future, and this requires a market. In our country, on the other hand, investments came in a large flow, the population was growing, we are already 10 million. As a matter of fact, our population in Soviet times was 7 million and the population of Armenia was 3.5 million. Today the population of Armenia is 1.8 million and ours is 10 million," the head of state said.