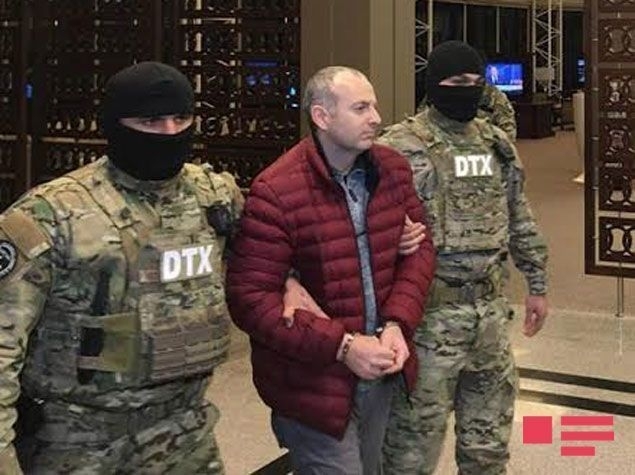 Representatives of the International Committee of the Red Cross (ICRC) have visited blogger Alexander Lapshin, who is in prison in Baku, informed the blogger’s

“ICRC representatives have visited Sasha. He’s safe and sound. He is being detained in normal conditions but has no neighbors,” she said.

Meanwhile, a new attorney has been appointed for Lapshin.

Lapshin, who holds Russian, Israeli, and Ukrainian citizenship, paid illegal visits to the occupied Azerbaijani territories in April 2011 and in October 2012, violating Azerbaijan’s laws on the state border and passports.

He made statements against Azerbaijan’s territorial integrity. The Azerbaijani Prosecutor General’s Office opened a criminal case against him on articles 281.2 (public appeals directed against the state) and 318.2 (illegal crossing border of the Azerbaijan Republic) and issued an international arrest warrant for him.

Lapshin was detained in Minsk on December 15, 2016 and extradited to Azerbaijan on February 7, 2017.