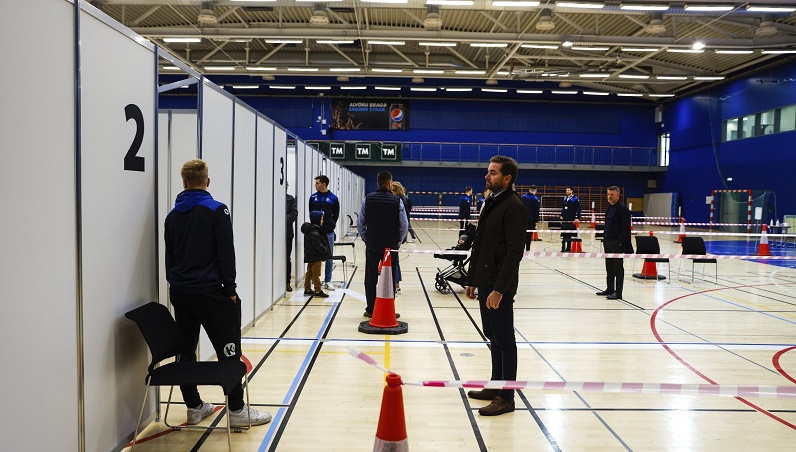 Election fever started for Icelanders Saturday as tight margins are likely to bring the end of an unprecedented left-right coalition that has brought the country stability through four years of cooperation after a decade of crises, AFP reports.

With the political landscape more splintered than ever, the process of forming a new coalition could be more complicated than in the past.

Prime Minister Katrin Jakobsdottir, whose Left-Green Movement had never led a government before, is seeking a second mandate; however, the large number of parties could stand in her way.

Opinion polls suggest a record nine parties out of 10 are expected to win seats in the Althing, Iceland's almost 1,100-year-old parliament.

That makes it particularly tricky to predict which parties could end up forming a coalition.

First results are expected shortly after polling stations close at 10:00 p.m. (10:00 p.m. GMT), but a clear picture is not expected to emerge until Sunday.

Jon Sigurdsson, a 47-year-old entrepreneur, was among the first to cast his ballot in the capital Reykjavik.

"There are a lot of parties threatening to raise taxes and I think that is not the right thing to do. Enough already!" he told Agence France-Presse (AFP), refusing to disclose who he voted for.