Hunterston B nuclear power plant closes down after 46 years 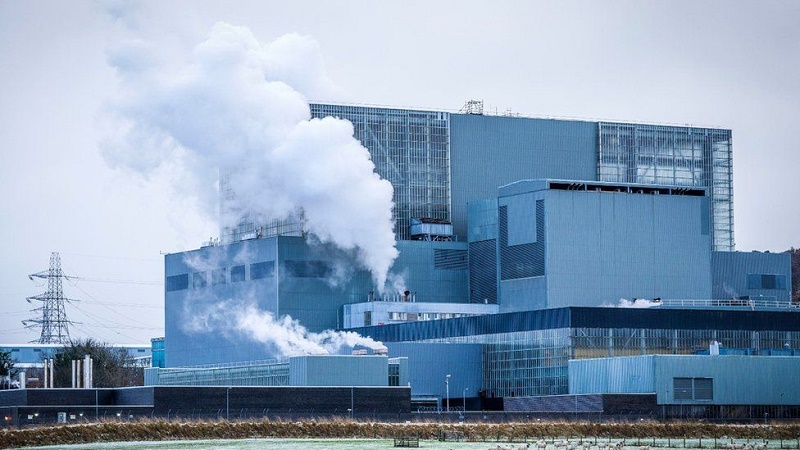 The Hunterston B nuclear power plant in North Ayrshire has been shut down for the final time after generating electricity for 46 years, BBC reports.

The plant's original 25-year lifespan was extended by more than two decades.

But the final closure was brought forward after cracks were found in the graphite bricks which make up the reactor cores.

A small group of former workers gathered at the power station at midday to see the final shut down.

The site, owned by EDF Energy, will now begin a three-year process of defueling with the spent nuclear fuel sent to Sellafield for reprocessing.

After that, the site will be handed over to the Nuclear Decommissioning Authority.

The 480-strong workforce at Hunterston will be cut by a quarter during defueling but the company said those 125 employees would either retire or be redeployed to other sites.

Plans had been made to operate Hunterston until 2023 but the hairline cracks in the graphite bricks have shortened the life of the power station.

The cracks were first spotted in two graphite bricks in the reactor in 2014.

By 2018, a total of 350 bricks had been affected although the Office for Nuclear Regulation subsequently gave permission to operate at much greater numbers.

Each of the two reactor cores is made up of 3,000 bricks which form vertical channels for nuclear fuel and control rods to slide in and out.

The concern was that too many cracks, combined with a rare seismic event, could affect the structural integrity of the core and prevent it being shut down in an emergency.

The Hunterston A plant, which is already closed, comprised two 180MWe Magnox reactors.

When operational, the two reactors at Hunterston B provided a base-load of electricity which was enough to power 1.8 million homes.

Reactor 3, a 490MWe advanced gas-cooled reactor (AGR), was permanently closed down on 26 November.

The closure will likely mean an increased reliance in the short-term on fossil fuel or imported energy sources but a bidding round is under way to significantly increase Scotland's offshore wind capacity.