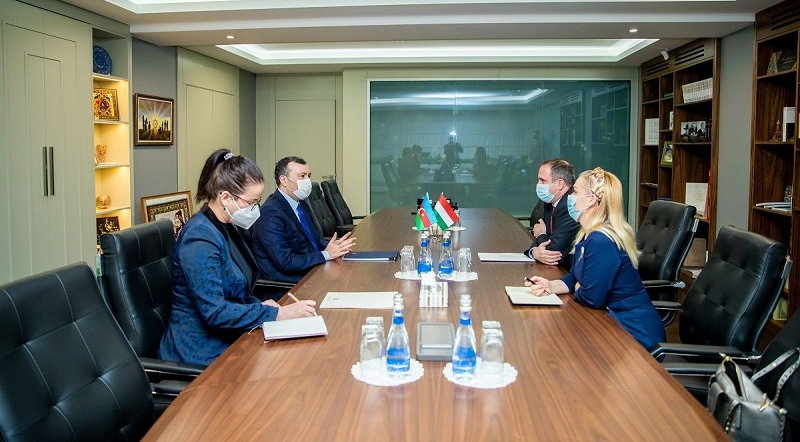 Babayev made the remarks at a meeting with Hungarian ambassador to Azerbaijan Viktor Szederkenyi.

“As a result of mutual interest and efforts, it is possible to expect that a big expansion of these ties can be observed in the coming period,” the Azerbaijani minister added.

Stressing that the Azerbaijani troops, headed by Commander-in-Chief, President Ilham Aliyev, liberated the Azerbaijani territories from the Armenian occupation, Babayev added that large-scale creative work has already begun on these lands deteriorated by the invaders.

The minister stressed that the willingness of the Hungarian companies to join the creative program in the liberated territories causes gratification.