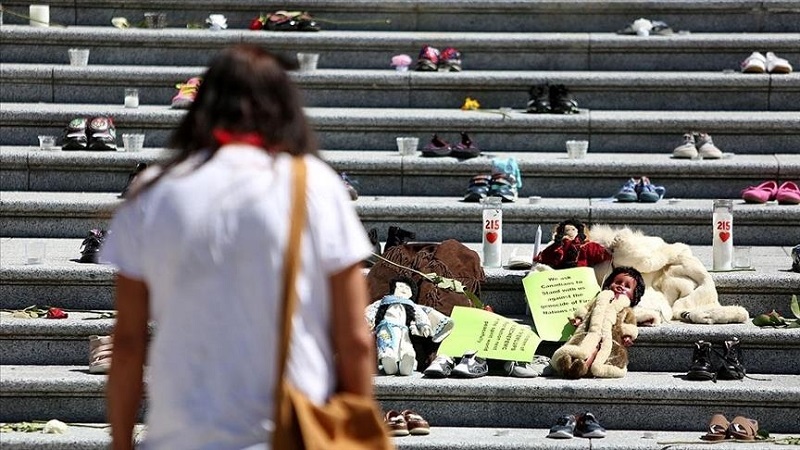 Another mass grave has been found in the yard of a boarding school in Canada, an indigenous group said Wednesday, Anadolu Agency reports.

The Federation of Sovereign Indigenous Nations (FSIN) said in a statement that hundreds of unmarked graves of children were found at the site of the former Marieval Indian Residential School in the province of Saskatchewan.

In a joint statement, Cowessess First Nation region Chief Cadmus Delorme and FSIN Chief Bobby Cameron said that efforts are underway to obtain a precise number, but that the remains in the region will be the largest ever found in Canada.

According to Canadian official records, the Marieval Indian Residential School operated from 1899 to 1997 in the Cowessess region, about 140 kilometers (87 miles) east of the provincial capital, Regina.

New graves were discovered in radar scans launched at 139 schools across the country, after unregistered graves containing the remains of 215 children were found in the garden of a boarding church school in Kamloops, British Columbia on May 29.

Authorities are expected to make a statement on Thursday about the number of unregistered graveyards found in the Cowessess area.

Meanwhile, the national chief for the Assembly of First Nations in Canada, Perry Bellegarde described the event as “tragic” on Twitter.

“The news that hundreds of unmarked graves have been found in Cowessess First Nation is absolutely tragic, but not surprising,” Bellegarde wrote.

“I urge all Canadians to stand with First Nations in this extremely difficult and emotional time,” he added.