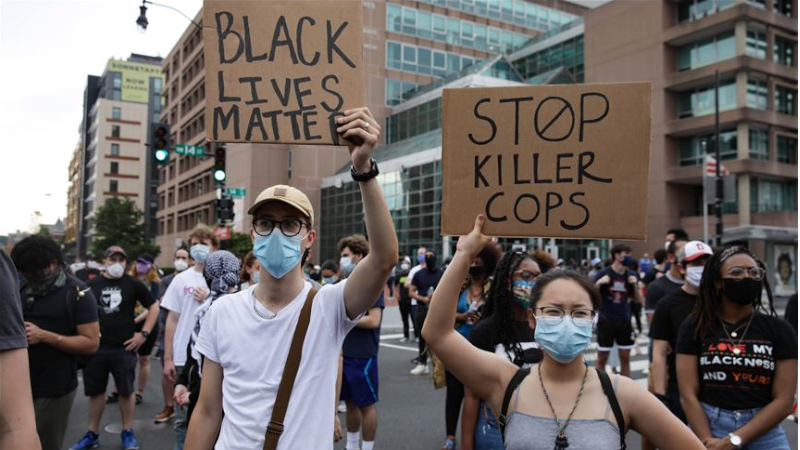 New Yorkers continued to protest over the death of George Floyd as hundreds of people took to the street in Manhattan on Friday to express their anger toward police brutality and racism, Xinhua reports.

More than 200 people were seen marching toward Foley Square in Lower Manhattan on Friday afternoon in a generally peaceful manner, though several arrests were made throughout the demonstration.

Most of the protesters were wearing face masks as required by the government during the COVID-19 pandemic. They waved posters and chanted slogans including Floyd's last words "I can't breathe."

Floyd, a 46-year-old black man, repeatedly pleaded with a white officer with these words as the latter held him to the ground with a knee to his neck for around 8 minutes on Monday evening in Minneapolis, Minnesota. Floyd lost consciousness and died in custody later.

Though large gatherings are still banned in New York City due to the pandemic, Mayor Bill de Blasio said Friday that demonstrations are allowed for this purpose, but urged protesters to respect the police.

"Anyone who wants to protest, we're going to protect your right to protest. But please also respect that the cop in front of you did not create this problem. And we have to fix this problem on a much more fundamental level," said the mayor in a program on radio channel WNYC.