How did the Second Karabakh War change Armenia and Azerbaijan? (OPINION) 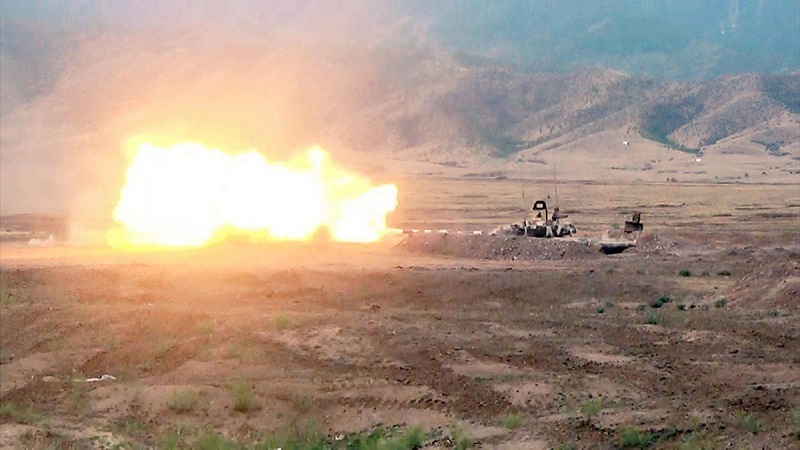 EURACTIV portal has published an article entitled “How did the Second Karabakh War change Armenia and Azerbaijan?”

News.Az presents the article by Vasif Huseynov, a senior adviser at the Baku-based Center of Analysis of International Relations (Air Center).

Between 27 September and 10 November Armenia and Azerbaijan fought the second major war over the Nagorno-Karabakh region and surrounding districts of Azerbaijan which had been occupied by Armenia in the wake of the First Karabakh War in the early 1990s.

The war resulted in a devastating defeat of Armenia whose leaders conceded to sign the Russia-brokered ceasefire agreement and committed to withdraw Armenian armed forces from the Azerbaijani territories by 1 December 2020.

Addressing the nation immediately after signing the agreement in a video-conference with Russia’s President Vladimir Putin on 10 November, President Ilham Aliyev of Azerbaijan declared victory and congratulated his citizens on the restoration of Azerbaijan’s territorial integrity.

The war has significantly changed the social and political environment in Azerbaijan, generating unanimous public support to the government and its policies concerning the conflict.

The government enjoys the support even of the oppositional forces who used to be critical of the government before the war. Hence, not only did the 44-day war restore Azerbaijan’s control over the occupied part of its internationally-recognized territories but also created remarkable solidarity in Azerbaijan which has the potential to serve as a favorable ground for future economic and political reforms.

The war brought about markedly different consequences for Armenia shocking the society who had been persuaded of the invincibility of the Armenian army and its absolute superiority over the military capabilities of Azerbaijan.

The Russia-brokered peace deal was a cold shower for millions of Armenians who were constantly deceived by their political and military leadership during the war. This, on the one hand, caused a nation-wide distrust in the ruling forces, on the other hand sparked a fierce political crisis.

Hours after the announcement of the peace deal, Armenians stormed into the building of the parliament and lynched the parliamentary speaker. Similar attacks were reported against some other officials in the following days.

Thousands of Armenians, including politicians, experts, diaspora representatives, called for the immediate resignation of Prime Minister Nikol Pashinyan, although the withdrawal from the peace deal was accepted to be impossible by many of them.

In a televised address to the nation on 16 November, President Armen Sarkisyan of Armenia, who had previously declared that the peace deal had not been consulted with him in advance, called for snap parliamentary elections, saying that this is needed to resolve a political crisis sparked by the war.

Sarkisyan, the president of Armenia since April 2018 with largely ceremonial powers, added that his proposals reflect the dominant view of political party leaders and public figures with whom he had held consultations.

Although it is not clear if Prime Minister will follow the calls for his resignation, several members of his government have already resigned over the last week since the establishment of ceasefire agreement.

Most importantly, Minister of Foreign Affairs Zohrab Mnatsakanyan resigned from his position after a disagreement about the content of negotiations held before the war.

While Pashinyan told the Parliament that war could have been avoided had Armenia agreed to return the seven territories outside Nagorno-Karabakh proper, and Shusha, to Azerbaijan, Foreign Ministry denied the existence of a question of Armenian troops withdrawing from Shusha in any stage of peace negotiations before the war.

Apart from its political repercussions, the military defeat of Armenia has ratcheted up the economic crisis provoked earlier this year by the pandemic-related restrictions.

Public debt of the country has already approached 70% of its GDP, a frightening figure for the fragile economy of Armenia. The war has caused also humanitarian crisis due to the move of illegal settlers from Azerbaijan’s recently liberated territories.

The world was shocked by the behaviors of those Armenians who were required by the ceasefire agreement to leave the places they have illegally settled in after the displacement of Azerbaijani people in the early 1990s.

President Aliyev stated that “99% of the liberated territory” including hospitals, houses and monuments have been destroyed by Armenians. He added that Azerbaijan will raise lawsuits before international courts to make Armenia pay compensation.

Seeing this as a real threat, former Prosecutor General of Armenia and former representative of Armenia at the European Court of Human Rights Gevork Kostanyan said that Armenia would have to pay more than 50 billion dollars in compensation.

“If we do not take a competent legal counterattack in time, the shameful document signed by Nikol Pashinyan will also lead to serious financial problems for us, which even our descendants cannot pay,” Kostanian warned.

What is more, not only did Armenians leaving Azerbaijani territories burn the houses they had lived in, but also cut trees and set fire to forests in order not to leave something valuable to Azerbaijanis. This comes extra to the destruction Armenia has carried out in the territories it has held under control over the last thirty years.

Despite potential consequences not only for the territories of Azerbaijan, but also for the larger region, there were calls by Armenians to destroy the entire fauna and flora of the Karabakh region, before handing this to Azerbaijan.

For example, Stepan Danielyan, Chairman of the Center for Partnership for Democracy, even proposed to “blow up the Sarsang reservoir, poison the rivers going to Azerbaijan, burn all the forests, and in the extreme case spread the waste of the nuclear power plant” in the territories of Karabakh. Unfortunately, his call for eco-terrorism has been supported by many people.

Thus, the defeat in the Karabakh war has pushed Armenians into a political crisis, environmental crimes, and violent extremism against each other. On the contrary, Azerbaijan celebrates the historic victory, and up to a million IDPs are looking forward to returning to the homelands from where they were forcefully expelled around thirty years ago.