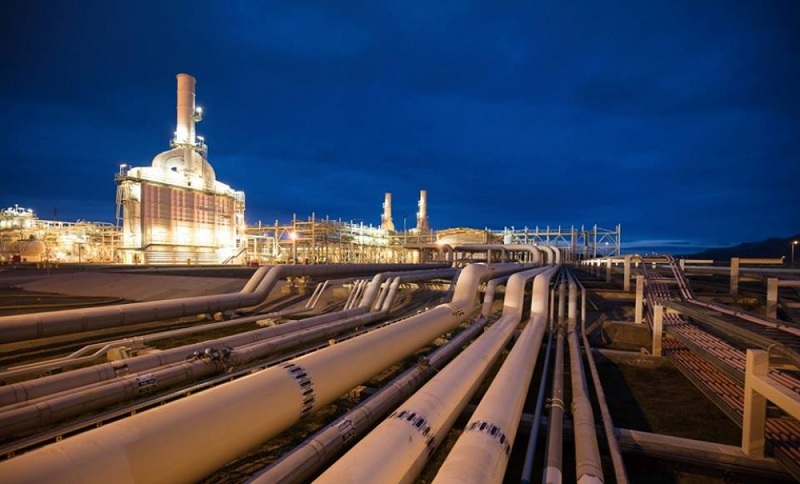 In May 2020, the Energy Market Regulatory Authority (EPDK) of Turkey has released a report on the country’s gas sector for March. The report pointed out that compared to the same period of the previous year, in March 2020, Turkey recorded an increase in the share of LNG in its gas imports, and Azerbaijan ranked first in terms of Turkey’s pipeline gas imports, leaving behind Russia and Iran. These two points attracted the attention of the Turkish media and experts and sparked debates in terms of both Turkey’s energy and foreign policy.

The reason behind the debates was the fact that Russia, which had been ranking first in meeting Turkey’s gas needs for many years, was replaced by Azerbaijan. Thus, in terms of Turkey’s pipeline gas imports, Azerbaijan was second biggest natural gas provider in 2019, leaving behind Iran and ranked first in March 2020.

Some experts associate Azerbaijan’s growing role and the declining share of Russia and Iran in the natural gas market with political reasons. Claiming that natural gas has become a tool of political struggle in Russia-Ukraine and Russia-Europe relations and referring to what is happening in Turkey-Russia ties around the situation in Syria and Libya, some experts noted that Turkey is striving to reduce its dependence on Russian natural gas. After Russia assumed the construction of the Akkuyu nuclear power plant and the Turkish Stream pipeline was launched, there were many claims that Turkey’s energy dependence on Russia would increase, and Ankara would face political consequences for this.

Some have begun to argue that US sanctions has resulted in Iran’s declining role in Turkey’s natural gas market. On the other hand, they associated the increasing share of U.S. LNG in Turkey’s market with the result of Ankara-Washington political consultations that had been lasting for two years.

The reported increase in Turkey’s LNG imports in recent years is associated with some reasons, some of which are important for Azerbaijan, as well. In general, the demand for LNG in the global gas market has been increasing in recent years. According to the International Atomic Energy Agency (IAEA) data, LNG investments in 2019 hit a record. The BP report for 2015 pointed out that one of the issues the global energy market needs to address over the next 20 years is ensuring the spread of LNG’s global use and its impact on gas prices. This call is a warning, especially for countries exporting gas through pipelines.

In this sense, in 2013, 87.08% of Turkey’s natural gas imported via pipeline and 12.92% as LNG. In 2019, Turkey’s pipeline gas imports dropped to 71.92%, while the country’s LNG imports increased to 28.08%. EPDK’s 2019 report related Turkey’s preference for LNG with the factors such as the Russia-Ukraine gas crisis in 2006, Iran's repeated cut-off of gas supplies to Turkey, especially in the winter season, as well as Turkey’s lack of pipeline gas storage facilities. It is a positive case that Azerbaijan was not named among the abovementioned factors. This is testimony to a great role of mutual political trust in Azerbaijan-Turkey energy relations.

Also, the increasing role of LNG in Turkey’s gas market can be explained in two ways. First of all, Turkey’s preference for LNG is aimed at increasing trade with the United States. As is known, one of the main goals U.S. President Donald Trump in relation with Turkey is to increase the mutual trade to $100 billion. To this end, President Trump preferred to export LNG to Turkey. Even the first-ever Turkey-US LNG Forum was planned to be held in late 2019. However, this forum is rescheduled to be held in 2020, at a time when Turkey is increasing LNG imports from the United States. At present, Turkey is the second-largest importer of U.S. LNG in Europe. In this sense, the increase in LNG imports and natural gas sources is strengthening Turkey’s position in price matters.

On the other hand, the increasing of production of LNG in the gas market has led to a drop in its prices, pushing Turkey to prefer liquefied gas. Bloomberg Turkey reports that Turkey pays less for LNG than pipeline gas. According to Turkey’s state-run Anadolu Agency, along with LNG imported from Qatar and the U.S., Azerbaijani gas plays important role in reducing the prices of gas imports from other sources.

Baku and Ankara signed the first natural gas agreement in 2001, which commenced the exports of Azerbaijani gas to Turkey in 2007. In 2007-2020, Azerbaijan sold the cheapest gas to Turkey. During the reporting period, Azerbaijan ranked third in terms volume of exporting gas to Turkey, with Russia and Iran taking the first and second places respectively. However, the launch of the Trans-Anatolian Pipeline – Turkey’s section of the Southern Gas Corridor- significantly increased Azerbaijan’s role in this country’s gas market. In May 2019, Azerbaijan overtook Iran and became the second largest gas exporter of Turkey, supplying 770 million m3 of natural gas. Russia came in first with 894 million m3 of gas, while Iran ranked third with 543 million m3 of gas.

According to the agreement signed with Russia, Turkey has to import 75% of the pre-approved natural gas. Under the “take or pay” clause in the agreement, Ankara must pay Russia if it refuses to import 75% of the pre-approved natural gas. However, Ankara is currently negotiating with Moscow to change these terms. As these discussions are going on, the LNG share in Turkey’s gas imports is expected to decrease in late 2020.

On the other hand, the Trump administration’s sanctions on Iran effected Ankara-Tehran energy relations. Moreover, Tehran claims that the idea of repairing the Turkey-Iran natural gas pipeline, which was exploded by the PKK terrorist organization in March 2020, is not welcomed by Ankara. This factor, in turn, will play important role in reduction Turkey’s gas imports from Iran. The natural gas agreement signed between Turkey and Iran also envisages the “take or pay” clause.

The ongoing geopolitical processes in the region, developments in the global energy market, as well as the implementation of Azerbaijan-Turkey energy projects, have gradually increased Azerbaijan’s role in Turkey’s gas market. By the end of 2020, Azerbaijan may move back to the second place due to an increase in the volume of Turkey gas imports from other sources. However, the latest figures indicate that Azerbaijan is increasing gas exports to Turkey every year.

The reason for the increase in Azerbaijan’s gas exports to Turkey is that the price of gas supplied from Azerbaijan is cheaper. After the launch of TANAP, in which BOTAS owns a 30%-share, Azerbaijan’s gas exports to Turkey have increased. Furthermore, the strategic partnership between Azerbaijan and Turkey, as well as mutual support and even coordination in foreign policy and security issues, have a positive impact on bilateral energy relations. The fact that Azerbaijan has never used gas as a geopolitical tool in its foreign policy and its timely gas supplies to countries has turned the country into a reliable partner for Turkey.

Javid Valiyev, Head of the Foreign Policy Department of the Azerbaijani Center for the International Relations Analysis, especially for News.Az