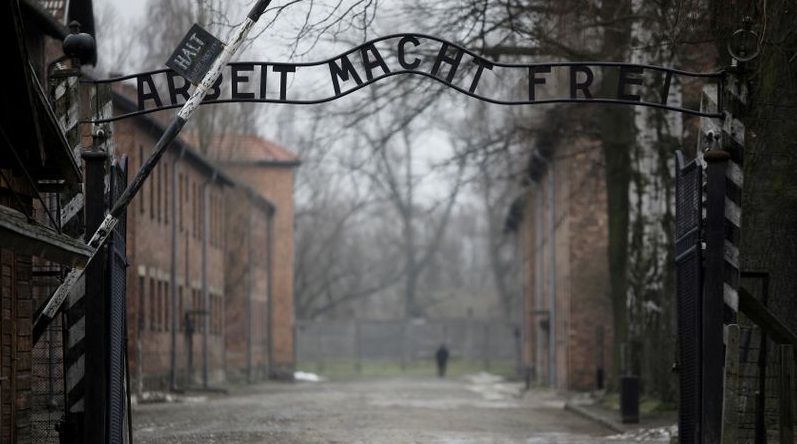 The March of the Living, an annual event that brings together Holocaust survivors and family members at the former Auschwitz death camp, was held online for a second consecutive year on Thursday due to the COVID-19 pandemic.

Participants usually stage a march at the site in southern Poland but restrictions imposed to curb the spread of the coronavirus have made that impossible. Nevertheless, organizers and participants say it is important that the event goes ahead.

“We have no other choice,” said 84-year-old Holocaust survivor Tzipora Freund.

“This time it has to be virtual because every year people march... Each and every year youngsters and elderly will march there and will not forget.”

Freund and her son, who were in Israel, laid virtual messages of remembrance in the railway track leading to the gate of the death camp as part of a computer simulation of the event, as did Israeli President Reuven Rivlin and others.

More than 1.1 million people, mostly Jews, perished in the gas chambers or from starvation, cold, and disease at Auschwitz, which the Nazis set up in occupied Poland during World War Two.

“We have to remember that the Holocaust, anti-Semitism, and also hate and racism are things that are happening. It’s not something that is part of history,” said Baruch Adler, 70, co-founder and vice-chairman of the March of the Living.

“So my message is: You have to know that you have to fight. That remembrance, it’s a fight.”