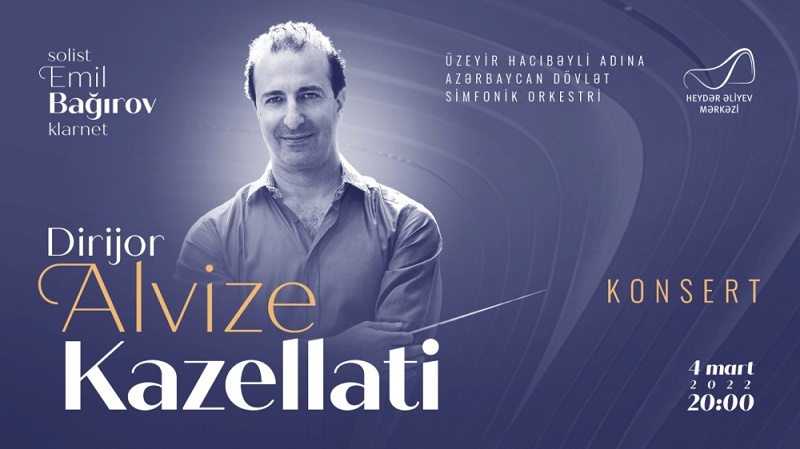 The Azerbaijan State Symphony Orchestra named after Uzeyir Hajibeyli under the direction of famous Italian conductor Alvise Casellati and soloist Emil Baghirov (clarinet) will perform at the Heydar Aliyev Center on March 4.

Alvise Casellati is considered one of the emerging talents of the latest years. He is President and Music Director of Opera Italiana is in the Air, an event with the aim of promoting knowledge and appreciation of Italian Opera targeting in particular the young generation through the promotion of young talents.

Alvise Casellati made his first debut in Italy at the Teatro La Fenice in Venice in March 2011, where he conducted the Orchestra and Choir in the Concert for the 150th Anniversary of the Unification of Italy. He is the Founder and President of the Venetian Community of New York. He has been also Managing Director of the Foundation for Italian Art and Culture in New York.