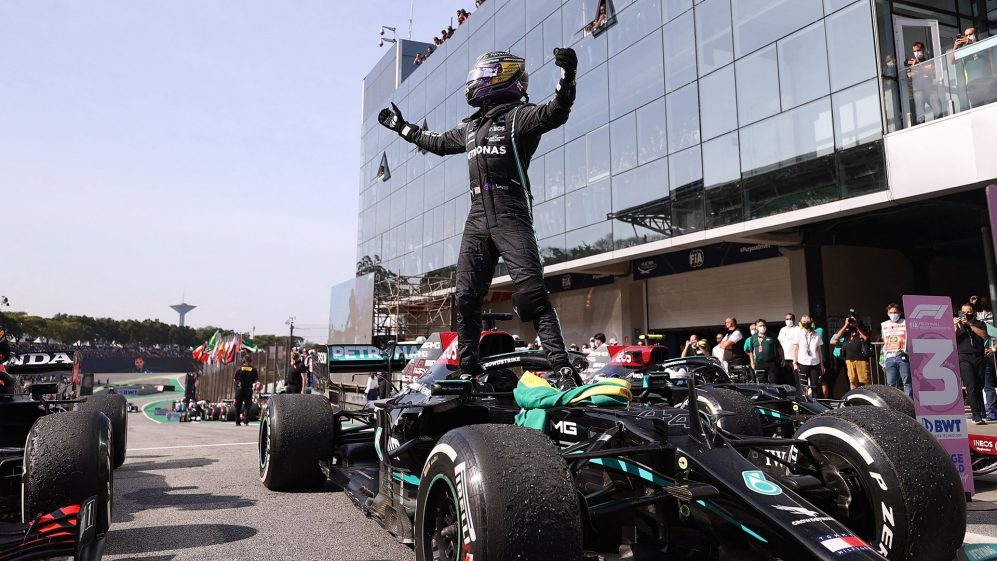 A capacity crowd at the Interlagos circuit was treated to yet another classic duel between Hamilton and title rival Verstappen, with the two almost coming to blows once again as they diced for the lead late in the race.

Successive penalties for a new power unit and a rear wing infringement saw Hamilton line up only tenth on the grid, while Verstappen started second and appeared likely to extend his championship lead.

But though Verstappen seized the early initiative by snatching the lead from Hamilton's pole-sitting teammate Valtteri Bottas at the first corner, Hamilton made headway of his own and was up to third by lap five, trailing only Verstappen and his teammate Sergio Perez.